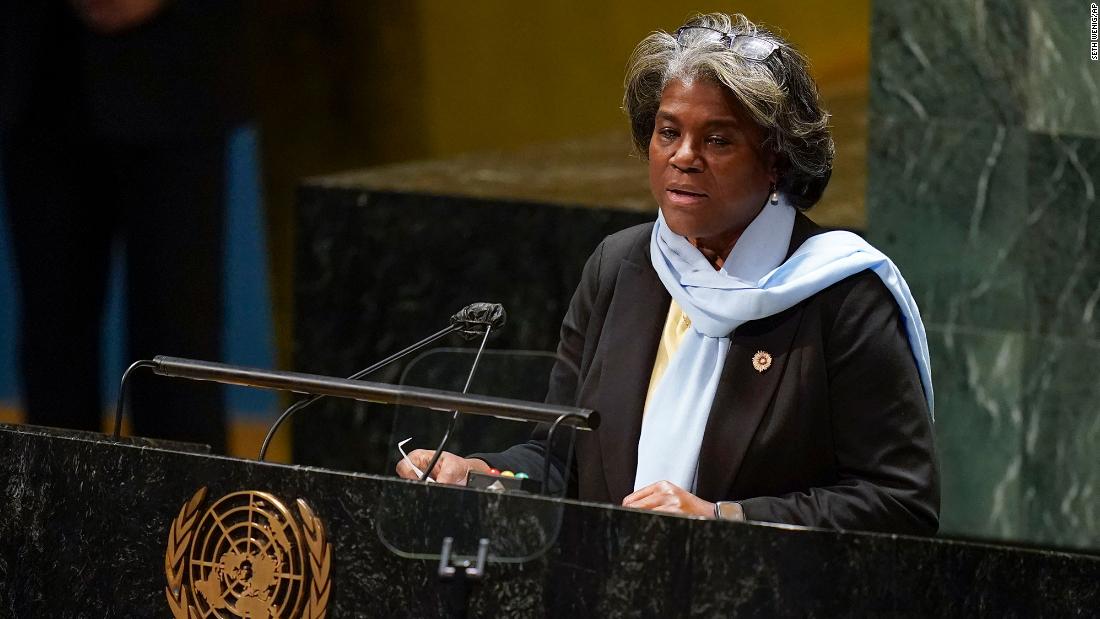 The urgent discussions underway among top aides to President Joe Biden and between European allies of the US came as efforts to evacuate civilians from Ukrainian cities were stymied by Russian shelling and as Ukraine’s President pleaded with the West to do more.

Top US national security officials said they were hurriedly seeking ways to further punish Putin while providing support to the outgunned Ukrainian military.

White House and other Western officials have made plain over the past days they expect the coming stretch of the war to be its bloodiest as Putin grows frustrated at Russia’s slower-than-expected advances and seeks ways to grind ahead.

“I think we have to be prepared for this to last for some time,” Blinken said. “But just winning a battle is not winning the war.”

Vice President Kamala Harris separately made brief comments in support of the Ukrainian people in remarks from Selma, Alabama, Sunday afternoon, where she was marking the 57th anniversary of Bloody Sunday.

Harris told the audience: “Today the eyes of the world are on Ukraine and the brave people who are fighting to protect their country and their democracy.”

She told those gathered at the foot of the Edmund Pettus Bridge that the “bravery” of Ukrainian people resisting Russia’s invasion “is a reminder that freedom, and democracy, can never be taken for granted, by any of us.”

Biden, who is spending the weekend at his home in Delaware, convened a phone call Saturday with top members of his administration to discuss a potential ban on Russian oil imports, Blinken said, a step that has been under consideration at the White House since last last week.

“We are now talking to our European partners and allies to look at a coordinated way at the prospect of banning the import of Russian oil, while making sure that there is a still an appropriate supply of oil on world markets,” Blinken said. “That’s a very active discussion as we speak.”

Biden has faced pressure from Democrats and Republicans alike to impose tougher restrictions on Russia’s energy sector, which could prove far more destructive than the economic sanctions applied by the West to date.

Russian oil imports to the US comprise a relatively small percentage of the country’s overall supply, and they have been declining sharply in recent weeks. There is little doubt Russia would be able to sell those supplies to other countries, including China, if the US stops buying them.

Still, the step would be significant, particularly since any sanctions applied to Russia’s energy sector were once considered virtually off the table given the potential ripples on the global oil market. So far, the US and Europe have mostly avoided major steps that could impact Russian energy, though the US did ban the import into Russia of equipment needed for oil and gas extraction.

“It makes no sense whatsoever to continue to buy oil from Russia that they use to fund this war and this murderous campaign that their undertaking,” Republican Sen. Marco Rubio of Florida told Tapper on CNN on Sunday morning.

Top Democrats, including the No. 2 Senate Democrat Dick Durbin of Illinois and House Speaker Nancy Pelosi, have also voiced support for a ban on oil imports, and a bipartisan bill has been introduced in Congress that would mandate such a step.

White House officials are now seriously reviewing what a ban might do to domestic gas prices, which have hit new highs as the war in Ukraine causes oil to spike in price.

Psaki outlined a range of efforts from the Biden administration to increase production of natural gas and oil, but conceded that “domestic production has not insulated us from the price volatility of fossil fuels or the whims of those who control them, such as President Putin. Americans know that. “

“The only way to protect the US over the long term is to become energy independent,” she said, reiterating an administration priority. “That is why the President is so focused on deploying clean energy technologies that do not require fossil fuels bought and sold on the global market, which will always be vulnerable to bad actors.”

Council of Economic Advisers Chair Cecilia Rouse told reporters at a Friday press briefing, “We are looking at options that we can take right now, if we were to cut US consumption of Russian energy – but what’s really most important is that we maintain a steady supply of global energy. “

“It’s very clear that, for us, there is a strong strategy now to say we have to get rid of the dependency of fossil fuels from Russia,” she told Tapper on CNN. “Therefore, we are just discussing in the European Union a strategic approach, a plan, how to accelerate investment in renewables, how to diversify our energy supply.”

As officials review a potential ban on Russian oil, there is a parallel effort underway to assess whether targeting civilians underway in Ukraine would constitute a war crime.

Linda Thomas-Greenfield, the US ambassador to the United Nations, said Sunday morning the US was “working with our partners to collect and provide information” on potential war crimes.

“Any attack on civilians is a war crime,” she said on ABC News. Earlier this week, Biden stopped short of calling Russia’s actions in Ukraine a war crime, though he did say he believed it was “clear” Russia was targeting civilians.

Accounts from the ground in Ukraine, including by CNN reporters, have found civilian areas that were shelled. Ukraine has claimed thousands of civilians have been killed, though other estimates – including from the UN – have come in lower.

Ukraine’s embattled President, Volodymyr Zelensky, has described what is happening in his country as war crimes, and has called for an international tribunal to investigate. British Prime Minister Boris Johnson has made similar accusations. The International Criminal Court at The Hague has opened an investigation into potential war crimes.
Last week, the US Embassy in Kyiv said in a tweet it would be a war crime to attack a nuclear power plant after Russia did just that. But in a scramble afterwards, the State Department told other embassies not to amplify the message, a signal the administration has not yet settled on whether to label what is underway now in Russia a war crime.

“We have seen very credible reports of deliberate attacks on civilians, which would constitute a war crime. We have seen very credible reports about the use of certain weapons,” Blinken said Sunday on CNN. “And what we’re doing right now is documenting all of this, putting it all together, looking at it, and making sure that, as people and the appropriate organizations and institutions investigate whether war crimes have been or are being committed, that we can support whatever they’re doing. “

Speaking to American lawmakers virtually on Saturday, Zelensky delivered an impassioned plea for the United States to step up its assistance, including through tougher economic sanctions.
He made another request for the US and NATO to enforce a no-fly zone over Ukraine, which has been roundly rejected because of its potential to pit the US directly against Russia.

Short of that, Zelensky asked for American support in facilitating the transfer of Soviet-era fighter jets from Eastern European nations to Ukraine, where pilots have been trained to fly them and could use them to control the skies.

By Saturday evening, US and Polish officials were in discussions about a potential agreement to supply the country with American F-16 fighter jets in exchange for Poland sending its Russian-made jets to Ukraine.

Thomas-Greenfield also made clear the US had “not in any way opposed the Polish government providing these jets to Ukraine.”

This story has been updated with comments from Vice President Kamala Harris and White House press secretary Jen Psaki. 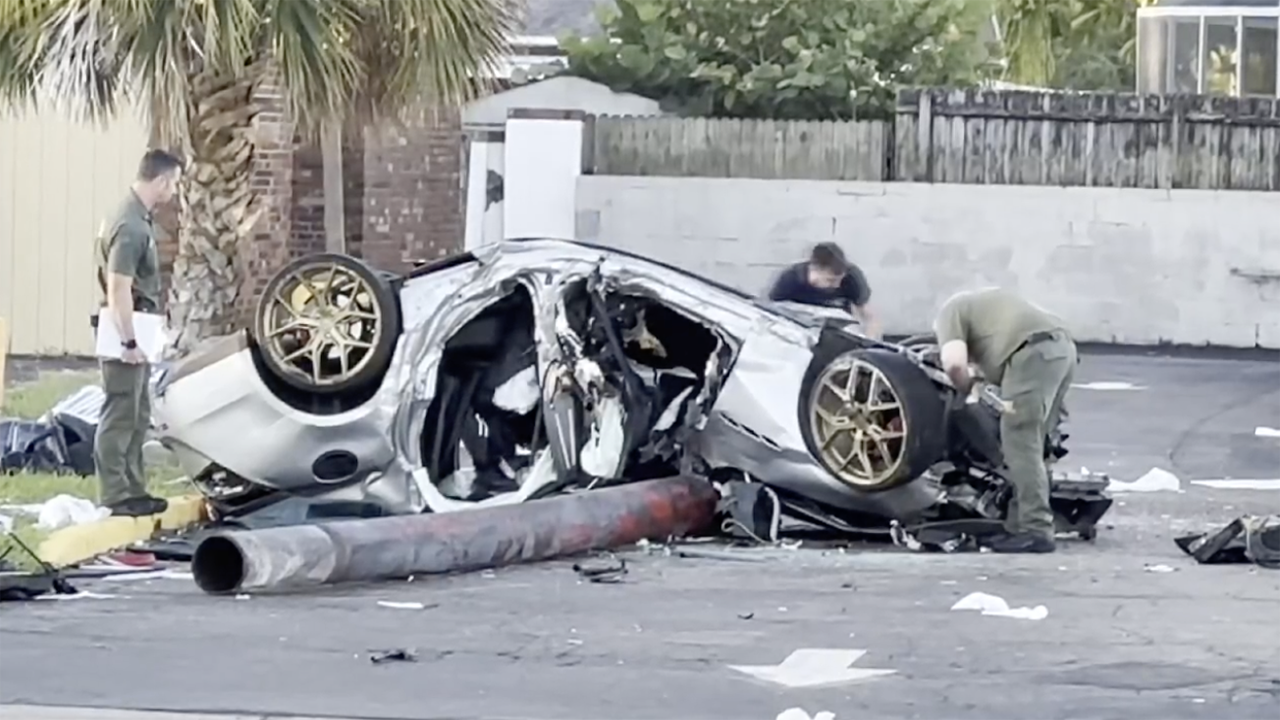