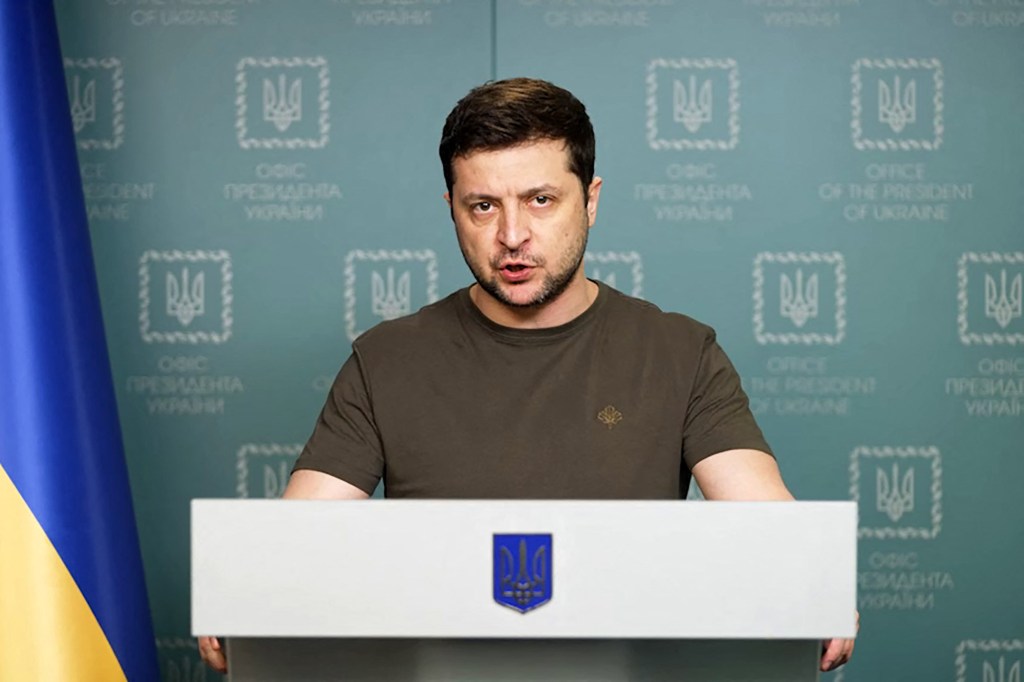 The United States and allied nations are reportedly discussing the line of succession for Ukraine government leadership in the event President Volodymyr Zelensky is captured or killed.

The Ukrainian Constitution outlines that the speaker of parliament succeeds the president if anything should happen to them in office, the New York Times reported. Ruslan Stefanchuk currently serves as speaker and has been photographed with Zelensky and attended key virtual meetings with European leaders since Russia invaded Ukraine on Feb. 24.

The succession line for president beyond Stefanchuk, however, is unclear under the constitution. The country’s parliament may need to take additional steps to validate succession measures that extend beyond just top leaders, The Hill reported last month.

Ukrainian officials have meanwhile said they are focused on winning the battles against Russia instead of working on the line of succession.

US, English and European Union officials have stated they will not recognize a puppet government set up by Russia if Kyiv falls, and having a firm succession plan that installs a legal leader would make it easier for allies to undermine a Russian-controlled government in the country, the New York Times reported.

In a bid to protect Ukraine’s independence, US officials have reportedly urged Ukrainians to not allow senior officials to remain in the same place for long periods of time and to move to locations outside the nation’s capital, the New York Times reported, citing a person briefed on the conversations.

The US and allied nations would also like to see Ukrainian officials establish a location for leadership outside of Kyiv, according to multiple officials. A presidential retreat in the Carpathian Mountains has been floated as an option, but Ukranian officials have not said whether the location has bomb shelters and other safety measures.

Zelensky has meanwhile remained in Kyiv despite reports he was offered foreign assistance to be evacuated from the city and even that he fled.

“Every two days information comes out that I have fled somewhere – fled from Ukraine, from Kyiv, from my office. As you can see, I am here in my place, Andriy Borisovich (Yermak) is here. Nobody has fled anywhere. Here, we are working, ”Zelensky said Saturday.

The Ukrainian president has already avoided one assassination plot against him, according to a Ukrainian security and defense chief on Tuesday. A group of Chechen special forces was sent to “eliminate our president” but was “destroyed directly,” according to a Telegram post published by Ukraine’s Center for Strategic Communications.