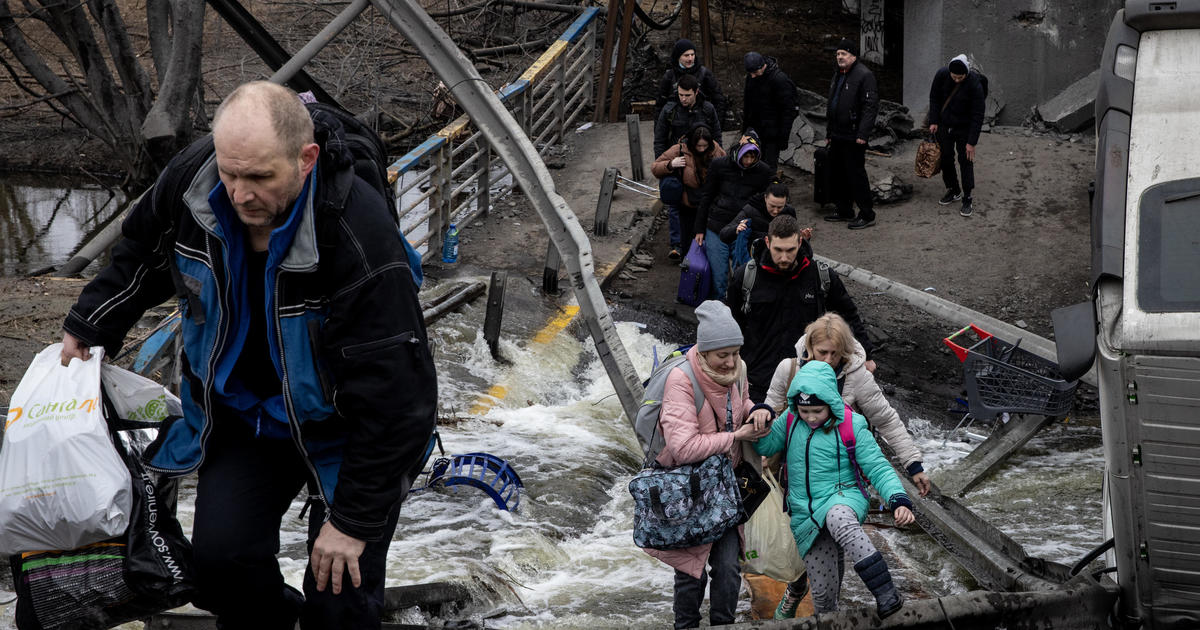 Top officials from Ukraine‘s government sat down for a third round of negotiations on Monday with a Russian delegation, and an adviser to Ukraine’s president said “small positive shifts” had been made on efforts to set up safe passage for civilians to flee cities. On Day 12 of the invasion, Russia’s ground forces were seemingly stalled north of the capital city of Kyiv and making limited progress around other major cities. That slow advance has left Moscow to rely on a barrage of artillery in a bid to pummel Ukrainians into submission.

But while the airstrikes take a mounting toll on both Ukrainian lives and infrastructure, they’re also galvanizing international outrage over Russian President Vladimir Putin’s actions. With the significant exception of China, no major economy has supported Putin’s military gambit. The latest round of negotiations happened as the US and its allies were discussing the possibility of a blanket ban on Russian oil and gas products, and of sending fighter jets to Ukraine.

The Kremlin continues to insist publicly, however, that the “operation” in Ukraine – which Russian media are not permitted to call a war or an invasion – will continue until the country is “demilitarized” and its government toppled.

The United Nations says Russia’s invasion has killed hundreds of civilians and driven more than 1.7 million to flee into neighboring nations already, and in many Ukrainian cities, the onslaught continues.