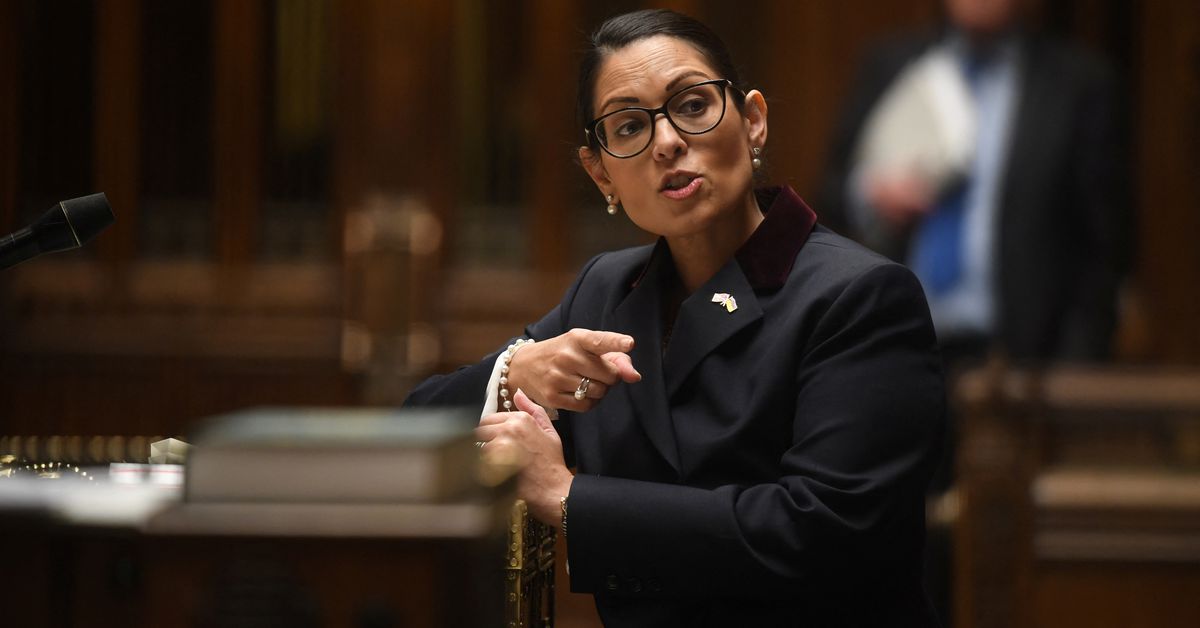 LONDON, March 7 (Reuters) – Prime Minister Boris Johnson rejected calls on Monday for Britain to ease visa requirements for Ukrainian refugees fleeing conflict, saying Britain was a generous country but it needed to maintain checks on who was arriving.

The United Nations estimates that more than 1.5 million people have fled Ukraine since Russia started bombing its neighbor, with hundreds of thousands pouring into Poland, Romania, Slovakia and elsewhere.

Responding to criticism Britain was not doing enough and was far behind its European neighbors in helping address the continent’s biggest humanitarian crisis since World War Two, Johnson said:

“We are a very, very generous country. What we want though is control and we want to be able to check.” he told reporters. “I think it’s sensible given what’s going on in Ukraine to make sure we have some basic ability to check who is coming in.”

The British government has been condemned by charities, opposition lawmakers and France after its insistence that refugees first acquire a visa meant some Ukrainians have been stuck in the French city of Calais, unable to enter Britain. read more

The European Union has agreed to grant temporary residency to Ukrainians fleeing the invasion and give them access to employment, social welfare and housing for up to three years.

Britain has announced visa schemes for those who have family in the country or a willing sponsor. Media reports at the weekend said Britain had only issued about 50 visas for Ukrainians so far, although Johnson disputed that figure.

The interior ministry later said that 300 visas had been issued under the scheme, and it was increasing staff to meet demand for appointments.

Labor Party leader Keir Starmer said: “There should be a simple route to sanctuary for those that are fleeing for their lives.”

“The Home office is in a complete mess about this, they keep changing the rules,” he told the BBC.

Scotland’s Prime Minister Nicola Sturgeon said Britain was not doing nearly enough. It should let refugees in and deal with the paperwork later, she said.

“Having fleeing the terror in Ukraine, spending hours and hours and hours on arduous journeys, then having to jump through bureaucratic hoops is unconscionable,” she told LBC radio.

Interior Minister Priti Patel told the Sun newspaper she wanted to create a humanitarian route that would allow anyone from Ukraine to come to Britain. But Europe Minister James Cleverly said he did not expect the existing requirements to change.