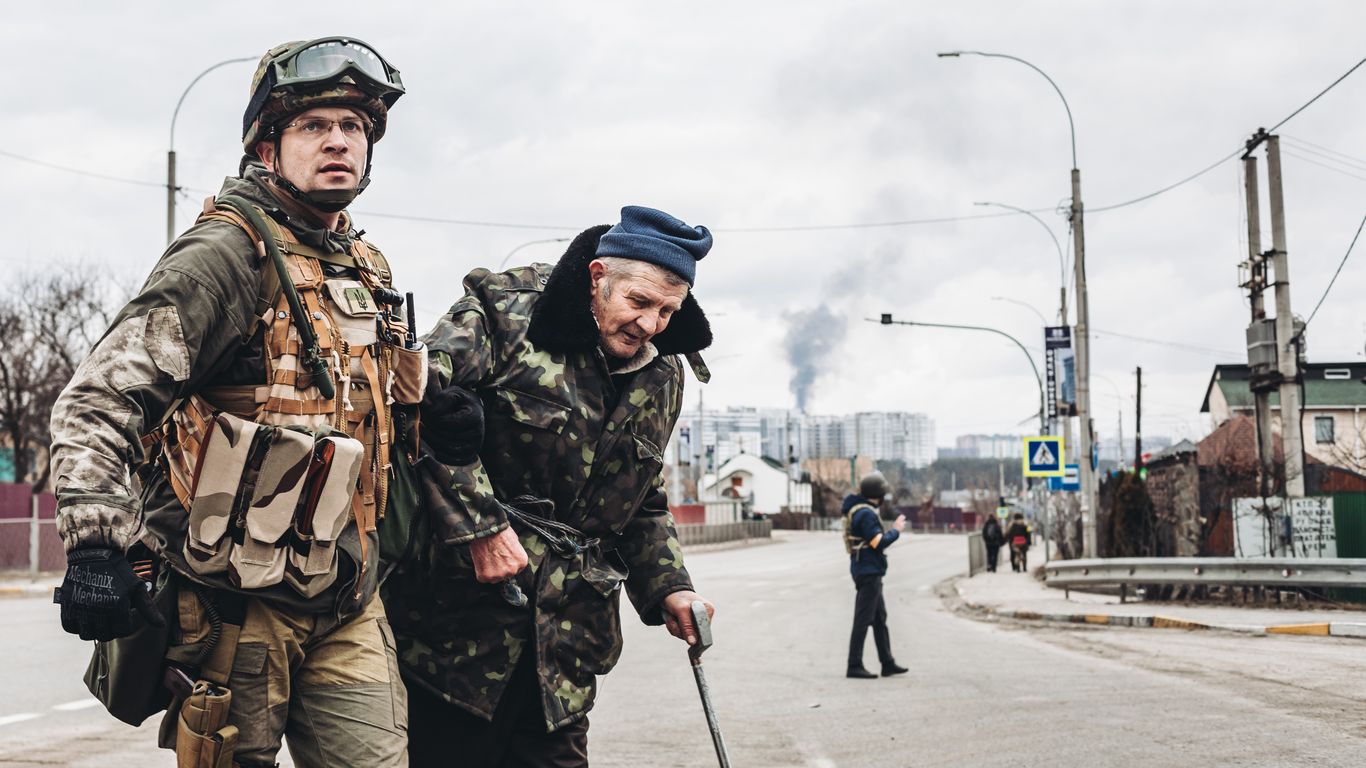 Ukraine on Monday criticized the Kremlin’s announcement of new humanitarian corridors to transport civilians to Russia and Belarus as an “immoral” stunt ahead of a third round of peace talks.

The latest: The talks near the Belarus border concluded after about four hours, with no major breakthroughs but positive developments on improving the “logistics of humanitarian corridors,” according to a Zelensky adviser. Negotiations on a potential ceasefire and broader political solution will continue.

State of play: A senior US defense official said Russia has now deployed “nearly 100%” of the combat power that it had massaged on Ukraine’s borders, and that Russia has launched over 625 missiles into Ukraine since the start of the invasion.

The big picture: Just prior to the third round of talks, the Kremlin outlined the most explicit set of demands Moscow has given so far for ending the war.

State of play: Russia’s Defense Ministry said it had agreed to hold fire and open humanitarian corridors from Kyiv, Kharkiv, Sumy and Mariupol. But the apparent evacuation routes would take Ukrainians under siege to cities in Russia and Belarus.

Zoom in: Ukrainian officials reported attacks across Ukraine, including in the southern city of Mykolaiv on Monday morning.

What they’re saying: Zelensky said on Sunday that “God will not forgive” attacks on civilians, including a family of four “killed in Irpin as they were trying to leave the city” in northern Ukraine.

Between the lines: The UK Ministry of Defense said on Monday that intelligence suggests Russia’s military was attacking “targeting Ukraine’s communications infrastructure in order to reduce Ukrainian citizens’ access to reliable news and information” – noting the attack on a Kyiv TV tower last week and another strike on a Kharkiv TV tower Sunday.

Yes, but: Russia’s invasion plans appear to be stalling in the face of Ukrainian resistance, according to a Defense Ministry intelligence update late Sunday.

Zoom out: The United Nations’ International Court of Justice was hearing submissions from Ukrainian officials on Monday calling for the world court to make an emergency ruling to end the invasion, accusing Russian forces of genocide.

Go deeper: The latest on the Russia-Ukraine crisis

Editor’s note: This article has been updated with new details throughout.