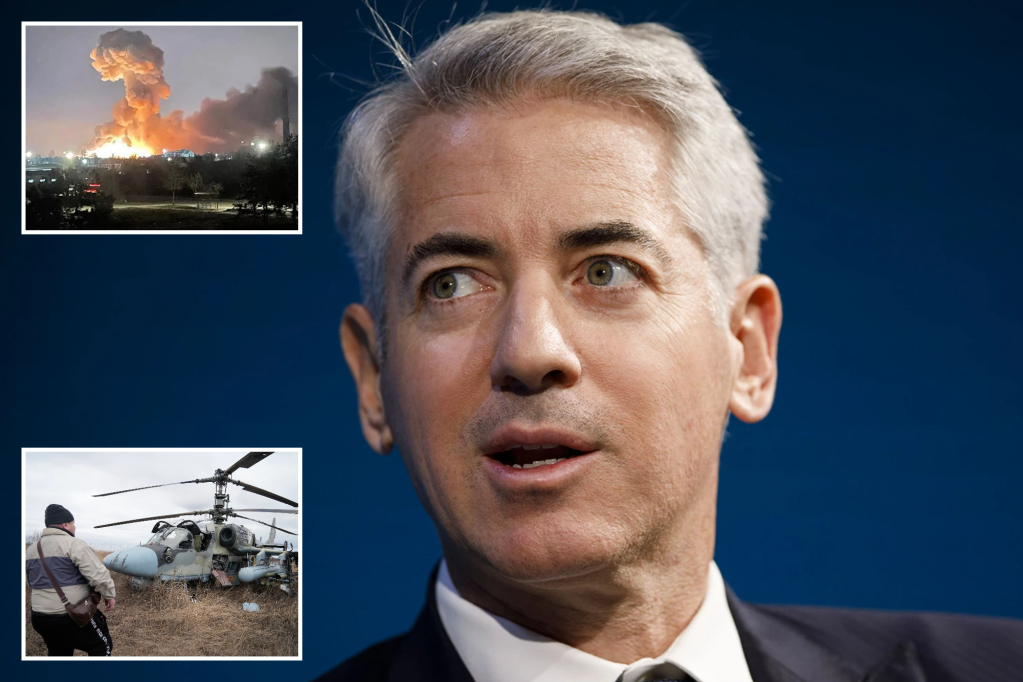 “In January 2020, I had nightmares about the potential for a pandemic, but everyone seemed to think I was crazy. I am having similar nightmares now, ”Ackman tweeted on Saturday.

He added: “WWIII has probably started already, but we have been slow to recognize it.”

Ackman, who last week called on US troops to be ready to enter combat, said there’s “much more we can do before we enter a hot war with Russia.”

He said the US “could stop the absurdity of buying oil from Russia and funding the war, [and] Europe could follow suit once demand for gas declines in the spring. ”

Ackman called on Washington and European governments to arm Ukraine with advanced weapons and precise intelligence.

“The Ukrainians with the right weapons and resources have proven that they have what it takes to win the war, unless and until Putin goes nuclear,” he said.

“Our reason for not doing more appears to be our fear of provoking Putin.”

Ackman added: “We have, however, already provoked Putin by giving the Ukrainians the weapons that are enabling them to succeed in this war.”

He branded Putin a “madman” who was allowed to “occupy Georgia and Crimea with little pushback.”

“And his aspirations only got bigger because we did nothing to stop him,” Ackman tweeted.

“Are we now going to let him take the Ukraine? We are in the early innings of Putin’s global aspirations. With each ‘victory,’ he is emboldened to take more. ”

Ackman tweeted that it was a mistake for NATO countries to be deterred from military action due to Russia’s nuclear weapons arsenal.

“What then do we do when [Putin] wants more? ” Ackman asked.

“The nuclear threat is no different when he takes his next country, whether it is part of NATO or not, and by then we are strategically worse off.”

But Biden has pledged to defend “every inch of territory of NATO countries with the full force of our collective power.”

Ackman tweeted: “By setting a hard line based only on NATO membership, this does not give Putin carte blanche to invade and subjugate Sweden, Finland, Cyprus, Ireland, Austria, Malta, and Switzerland, and the rest of the former Soviet Union ? ”

The billionaire tweeted that China is in a unique position to exert its influence and end the crisis in Ukraine.

“The only optimistic way I can see out of this war is for China to step in and broker a real ceasefire and a settlement,” he said.

“In the settlement, the Ukrainians could agree that they will never join NATO. Russia, in turn, can withdraw and the sanctions can be reversed. “

“China can elevate itself on the world stage by helping to resolve this crisis. Time is running short before many more 18-month-old children die. ”