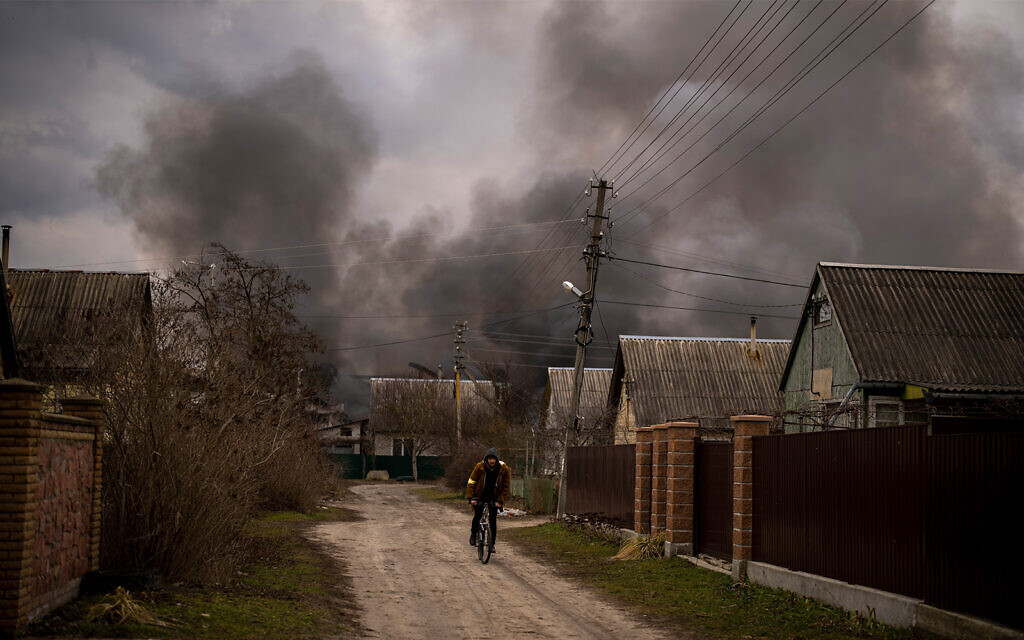 US House Speaker Nancy Pelosi says the House is exploring legislation to further isolate Russia from the global economy, including banning the import of its oil and energy products into the US.

Amid rising gasoline prices in the US, the Biden administration has yet to call for an oil import ban on Russia.

In a letter to Democrats released Sunday night, Pelosi says the legislation under consideration would also repeal normal trade relations with Russia and Belarus and begin the process of denying Russia access to the World Trade Organization.

Pelosi says the House would also empower the Biden administration to raise tariffs on Russian imports.

Congress intends to approve the Biden administration’s request for $ 10 billion in humanitarian, military and economic support for Ukraine, Pelosi said, as part of omnibus government funding legislation this week.

The price Brent North Sea crude oil, the European benchmark, soars to a near 14-year high of $ 140 due to the Ukraine war, heading toward the all-time high of $ 147.50.

The price per barrel of Brent oil has increased 33% since Russia invaded Ukraine on February 24.

US Secretary of State Antony Blinken says that Washington is in “active discussions” with European nations about banning Russian oil imports, although he stopped short of announcing an outright boycott.

Even if oil is technically still exempt from sanctions, Russian oil exporters are struggling to find buyers. Shell is one of the only companies still buying Russian oil, although it says it will donate the profits to Ukrainian causes.

The price of gold rises to more than $ 2,000 in Asian trade as investors flee to the safe-haven commodity. The price is of gold is at its highest level since September 2020.

As stock markets open after the weekend in Asia, the benchmark Nikkei 225 index in Japan tumbles over three percent.

Futures for the US benchmark S&P are down over 1.5%.

Two of the world’s “Big Four” international accounting firms pull out of Russia.

KPMG and PricewaterhouseCoopers both say they will end their relationships with their Russia-based member firms. KPMG said it is also pulling out of Belarus.

KPMG International says in a statement it will be “incredibly difficult” to have its Russia and Belarus firms leave the network. KPMG has more than 4,500 employees in the two countries.

PricewaterhouseCoopers says it has 3,700 employees at its PwC Russia firm and is working on an “orderly transition” for the business.

The two other Big Four companies – Deloitte and Ernst & Young – did not immediately return Associated Press requests for comment.