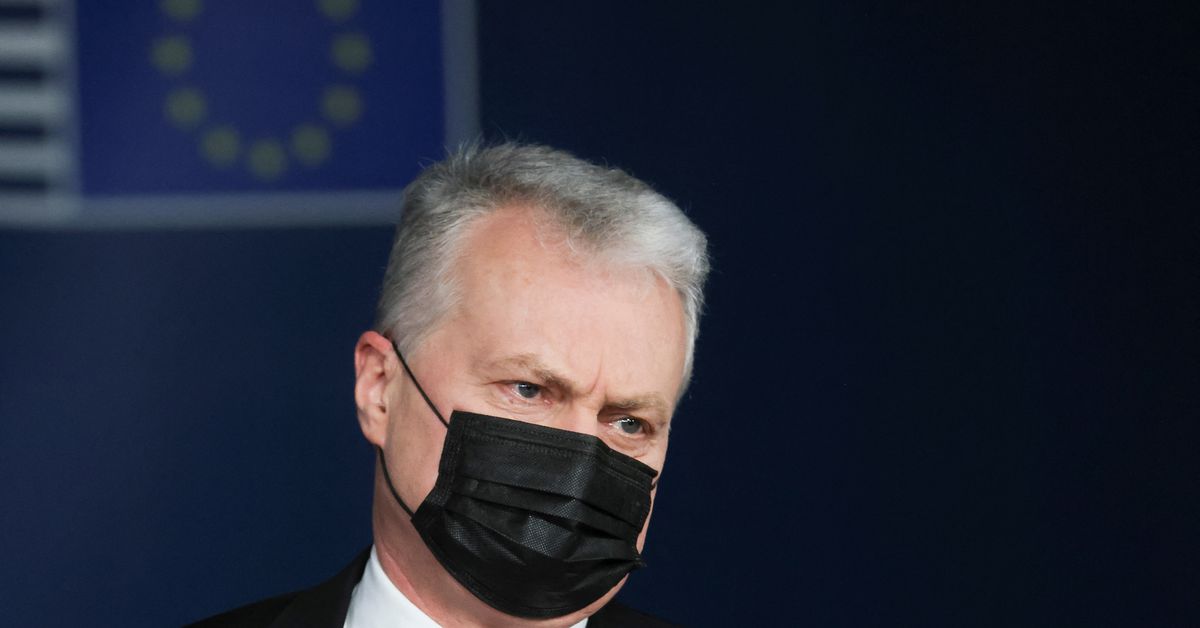 VILNIUS, March 7 (Reuters) – Lithuania called for an embargo on Russian energy sales on Monday, telling US Secretary of State Antony Blinken that oil and gas should not be paid for with the “blood of Ukraine”.

“Energy sources which we import pay for the Russian military operation. We can not pay for oil and gas with the blood of Ukraine,” Lithuanian Foreign Minister Gabrielius Landsbergis told a joint news conference with Blinken.

Addressing Blinken, Lithuanian President Gitanas Nauseda warned that Russian President Vladimir Putin “will not stop in Ukraine” and that the world had an obligation to help Ukrainians “by all means available”.

“Frankly deterrence is no longer enough and we need forward defense here in place because otherwise it will be too late Mr Secretary. Putin will not stop in Ukraine if he will not be stopped,” Nauseda said at a separate news conference.

Russia calls the campaign it launched on Feb. 24 a “special operation” that it says is not designed to occupy territory but to destroy its neighbor’s military capabilities and capture what it regards as dangerous nationalists. Russia denies deliberately targeting civilians.

Blinken is touring Baltic states of Lithuania, Latvia and Estonia on Monday and Tuesday, which were once ruled from Moscow but are now part of both European Union and NATO.

Restating the US commitment to defend every inch of NATO territory, he said the alliance was continuously reviewing its defense posture, including by looking at more permanent deployments, as Baltic countries have requested.

The US commitment to NATO’s Article 5 guarantee of mutual defense between member states was “sacrosanct”, Blinken added.

He said Moscow had sought to undermine Lithuania’s democracy and sow polarization within its population with cyber attacks and disinformation campaigns.

“That’s because the free, open, vibrant and prosperous society the people of Lithuanian have built since the end of Soviet occupation, shows what’s possible when people choose the path of democracy over autocracy,” Blinken said.

The top US diplomat previously told staff of the US Embassy in Vilnius that Russia’s invasion of Ukraine challenged basic principles designed to keep the peace between nations.

“It’s important that people understand what’s actually at stake and it goes beyond even Ukraine, beyond even the Baltic countries, beyond even Europe,” Blinken said.

NATO countries have ramped up their presence in the Baltic nations and more troops and equipment are on the way, policy makers have announced. Some 400 US troops would be arriving in Lithuania in the coming days, Blinken said. read more