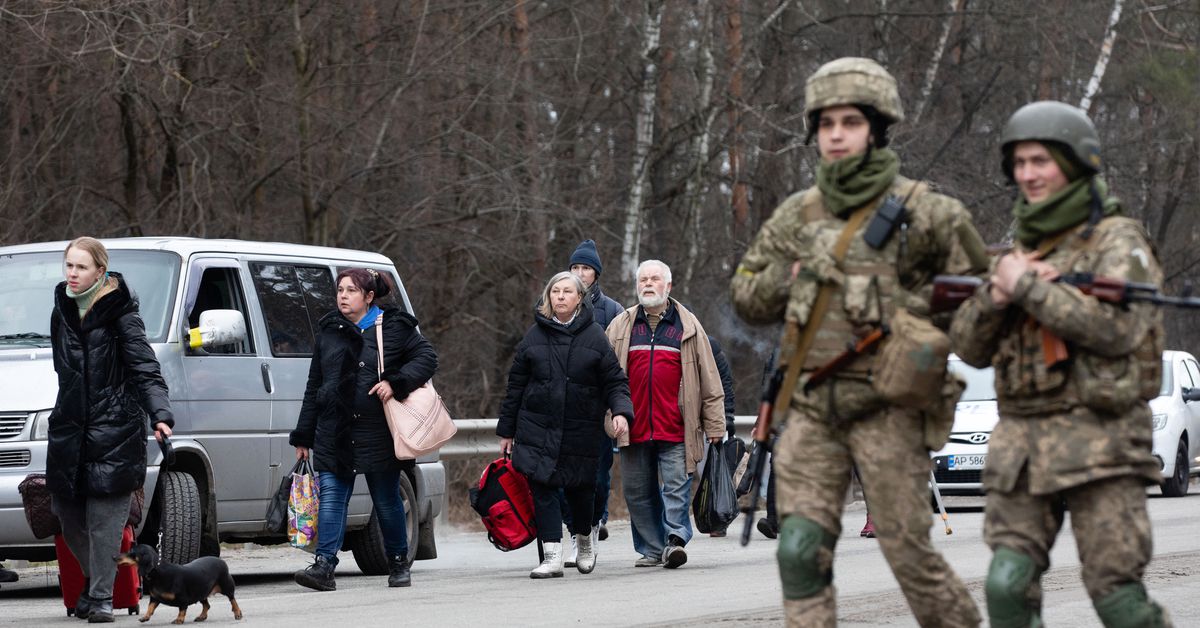 LONDON, March 5 (Reuters) – British Prime Minister Boris Johnson urged other leaders on Saturday to join a six-point plan to respond to Russia’s invasion of Ukraine, ranging from humanitarian support to inflicting the most economic pain possible on Moscow.

Ahead of meetings with leaders from Canada, the Netherlands and Central Europe in London next week, Johnson said on Saturday that Russian President Vladimir Putin’s invasion had to fail and be seen to fail.

“It is not enough to express our support for the rules-based international order – we must defend it against a sustained attempt to rewrite the rules by military force,” Johnson said in a statement.

He listed his objectives, which included an international humanitarian coalition for Ukraine, support for its self-defense and maximizing economic pressure on Moscow.

Johnson also called for diplomatic paths for de-escalation with the full involvement of Ukraine’s government, stronger security in the European-Atlantic area, and an end to the “creeping normalization” of Russian activities in Ukraine.

After meeting the prime ministers of Canada and the Netherlands on Monday, Johnson is due to host leaders from the Czech Republic, Hungary, Poland and Slovakia – countries experiencing an influx of refugees caused by the invasion – on Tuesday.

Britain is planning to move more quickly to sanction Russian businessmen through new legal measures which will be sent to parliament on Monday.