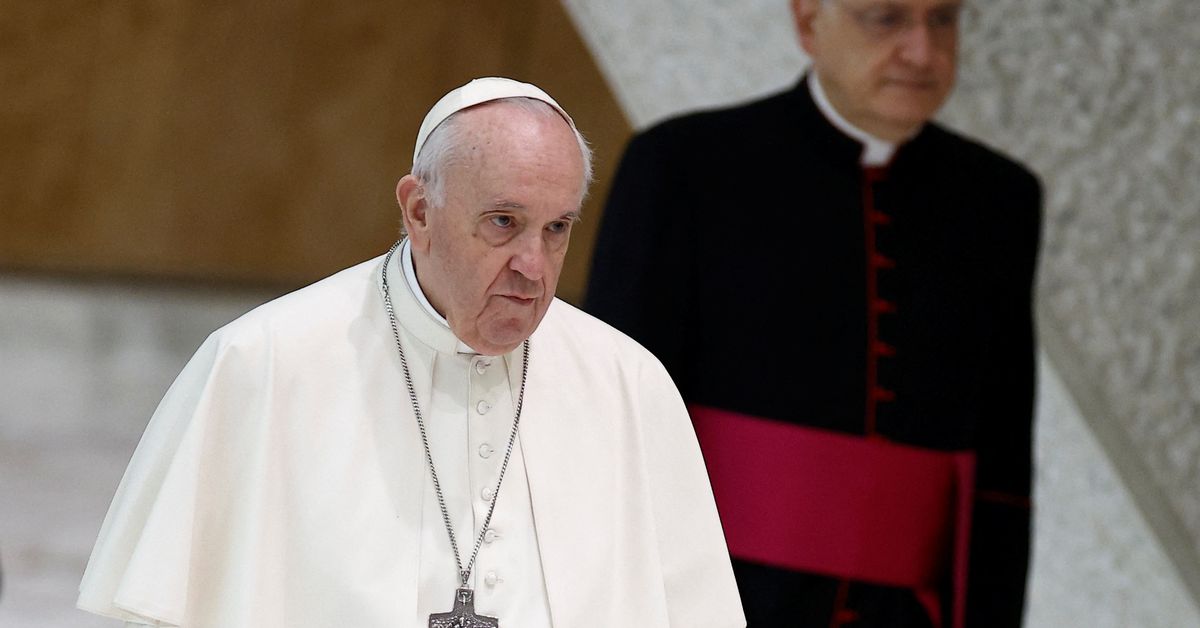 VATICAN CITY, March 6 (Reuters) – Pope Francis on Sunday rejected Russia’s assertion that it is carrying out “a special military operation” in Ukraine, saying the country was being battered by war.

“In Ukraine rivers of blood and tears are flowing. This is not just a military operation but a war which sows death, destruction and misery,” the pope said in his weekly address to crowds gathered in St. Petersburg. Peter’s Square.

However, as has been the case throughout the 11-day conflict, the pope did not publicly condemn Russia by name for its invasion.

Instead, he repeated his appeal for peace, the creation of humanitarian corridors and a return to negotiations.

“In that martyred country the need for humanitarian assistance is growing by the hour,” the pope said, speaking from a window overlooking the square. “Let common sense prevail, let us return to the respect of international law.”

Russia calls its actions in Ukraine a “special operation” not a war and says this is not designed to occupy territory but to destroy its southern neighbor’s military capabilities and capture what it regards as dangerous nationalists.

There were many more people than normal gathered in front of St. Peter’s Basilica for the pope’s Sunday appearance, with some holding aloft multi-colored peace flags as well as the blue and yellow flag of Ukraine.

“The Holy See is willing to do everything to put itself at the service of peace,” the pope said, adding that two Roman Catholic cardinals had gone to Ukraine to help those in need.

Andriy Yurash, Ukraine’s ambassador to the Vatican, praised the pope for calling the conflict a war.

“I am very, very happy that he said that,” he told Reuters in St. Peter’s Square shortly after the pope ended his address.

“Even if the pope did not say the word ‘Russia’, everyone in the world knows who the aggressor that invaded us is and who started this unprovoked war,” he said.