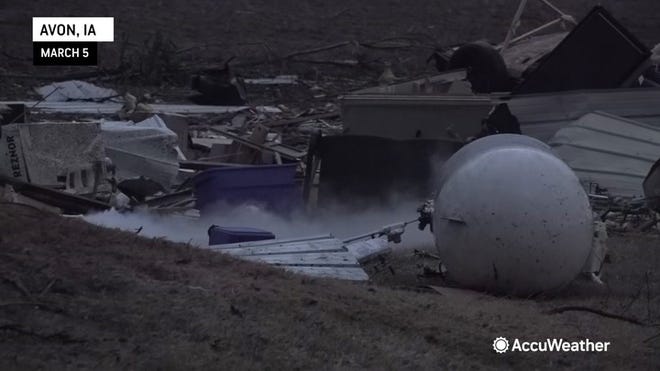 A news conference is about to start at the Winterset Fire Department, regarding the tornado that struck the central Iowa city Saturday late afternoon.

WHO TV reported earlier this evening that at least two people were killed when the tornado touched down in Madison County.

The severe storm has progressed through Iowa and is now affecting the Quad Cities, where the National Weather Service has urged residents to seek shelter.

The storm is now approaching the Davenport Municipal Airport.

The National Weather Service Des Moines tweeted Saturday night that, upon initial investigation, it believes the tornado that swept through Winterset as a category 3 tornado on the Enhanced Fujita Scale, which is the third-strongest type of tornado.

Mandy Jurgensen was searching a field full of debris near her damaged home southwest of Winterset. Her small red pickup truck was on a ditch about 50 feet from where it had been parked in the driveway.

She said she had been watching TV with her boyfriend “when all of a sudden it got all dark outside.” She said her boyfriend told her “That’s a tornado” and they ducked to the floor.

“It was about half a minute,” she said.

The house was still standing but a shop on the property was shredded, as were nearby houses and barns. She said she would de staying overnight in a motel in Des Moines.

8:08 pm ‘There were trees down all over the place’

Stacie Carter stood below a steep ridge crowned by the shattered remnants of her home south of Winterset.

She said she had been on her way to Des Moines with her granddaughter when she got a panicked call from her husband, who told her about the tornado and said she needed to get home as fast as she could.

“It took me about an hour” she said. “There were trees down all over the place.”

She said her husband and daughter barely made it to the basement before the walls began collapsing.

“The wind slammed the door shut behind him,” Carter said.

Despite the devastation, she said she was not worried.

“I’ve lived here all my life,” said Carter, who works at Winterset Memorial Hospital. “There were people down here helping us out right away. That’s what we do here. That’s Iowa people.”

7:55 pm NWS reports the storm has passed through central Iowa

It appears the severe weather that included a tornado that swept through Winterset and Norwalk and caused seek-shelter-immediately warnings on Des Moines’ south side has passed through central Iowa.

Register photographer Bryon Houlgrave will be out tonight to take photos of damage caused by the severe weather March 5, which included a tornado that swept through Winterset and Norwalk.

Here are his photos, plus others submitted to the Des Moines Register.

According to the Madison County Iowa Emergency Management Facebook page, the New Bridge Church has set up a shelter location for those affected by the tornado. The church is located at 1305 W Jefferson St, Winterset, IA 50273

WHO TV reported that at least two people were killed when a tornado touched down in Madison County Saturday.

The names of the people killed were not released yet, according to WHO.

7:10 pm ‘It was scariest thing I’ve ever experienced’: Madison County flower farm torn up by tornado

When a tornado touched down in Madison County and, the home of Adam and Jenn O’Neal began to creek and snap, they recalled in a live streamed video on their Instagram account after the tornado passed through.

They hunkered down in the basement.

“It was the scariest thing I’ve ever experienced. Our ears started popping, it sounded like a vacuum, ”Jenn O’Neal said in the video.

Aside from a few broken windows, their home remained intact, they said. But outside, their flower farm was destroyed.

“We do not have anything left except our lives and our house but I’m grateful for that, and everything else does not matter,” Jenn O’Neal said as she and her husband were standing atop the foundation of what was once their flower cottage.

In their live stream, the flower farmers and authors of the book “Small Farm Big Dreams” showed their nearly 28,000 Instagram followers what was left of their farm.

The video showed large trees snapped and uprooted, and piles of debris where the family’s greenhouses and barns once stood.

“The irony is this gorgeous sunset.”

6:42 pm Another reported view of the Winterset tornado

Des Moines police confirmed the closure of Southeast 45th Street from Hart Avenue to Army Post Road due to downed power lines. There have been no reports of injuries, according to Sgt. Paul Parizek, the department’s spokesperson.

According to Winterset police, the worst damage from the severe weather (the National Weather Service Des Moines confirmed a tornado in Winterset) in Winterset is near Carver Road, southwest of Winterset.

The severe weather is moving towards the northwest side of Newton. The National Weather Service Des Moines is urging Newton to take immediate shelter.

The National Weather Service Des Moines confirmed earlier this evening that a tornado hit the ground in Winterset and moved to Norwalk.

And here was the tornado seen in Winterset.

The National Weather Service Des Moines said a strong tornado will move close to the south side of Chariton soon.

NWS has identified three main areas of concern for tornadoes: Colfax in Jasper County, Chariton and Russell in Lucas County and south of Allerton.

5:25 pm Tornado on the ground near Humeston

Another tornado has hit the ground in Iowa.

The National Weather Service Des Moines said in a tweet the tornado warning for Lucas, Decatur and Wayne is now in effect until 5:30 pm

Tornado sirens have gone off four times in Des Moines, and have also been heard in Ankeny. Some residents in Des Moines have reported internet outages and flickering lights.

5:12 pm Tornado now on the ground in Norwalk

The tornado has now traveled from Winterset to Norwalk.

The tornado-producing storm has crossed I-35 north of Martensdale, according to the National Weather Service Des Moines.

A new tornado warning has been issued for Lucas, Decatur and Wayne counties, with rotation spotted on the radar near Leon.

4:55 pm Tornado on ground in Winterset

National Weather Service Des Moines has confirmed a tornado on the ground in Winterset.

Tornado sirens sounded in the Des Moines area around 4:40 pm and the NWS sent an emergency alert sent to phones. In a tweet, NWS Des Moines told the south side of Des Moines to be prepared to take shelter.

“Take shelter now in a basement or an interior room on the lowest floor of a sturdy building,” the emergency alert to phones said. “If you are outdoors, in a mobile home, or in a vehicle, move to the closest substantial shelter and protect yourself from flying debris.”

4:35 pm NWS Des Moines has confirmed a tornado near Corning and Prescott

A tornado warning is currently in place for Winterset, Orient and East Peru until 5:15 pm According to the NWS Des Moines, tornadoes are possible in Des Moines this afternoon and evening.

Severe weather could bring damaging winds, hail and the possibility of tornadoes in Iowa this weekend.

The NWS office in Johnston said the first round of heavy rain and thunderstorms will begin late Friday and continue overnight, with the second round starting around 1 pm Saturday and lasting through the evening.

Hail around one inch in diameter is predicted during the second round of storms Saturday, with winds exceeding 60 mph.

“Damaging winds, hail, and isolated tornadoes are all possible as these storms move across the state later this afternoon and evening,” NWS Des Moines said in a Saturday morning tweet. “The strongest risk for severe weather comes between 3 pm and 8 pm for an area extending south and east of the Des Moines metro area.”

The storms are expected to end Saturday night, but northern parts of the state may see flooding in the wake of the storm.

“Rainfall from the Saturday storms will runoff into areas rivers and cause within bank rises,” NWS Des Moines said in a hazardous weather outlook. “Where river ice remains, particularly over northern Iowa, it is possible ice jams could develop and cause localized flooding.”

Wintry mix and snow is possible Sunday night into Monday, with possible minor snow accumulation in parts of the state.

High temperatures this time of year normally are in the low- to mid-40s with lows in the mid-20s. Expect a high of 67 degrees Saturday, with highs of 42 Sunday, 35 Monday and 45 Tuesday.

Grace Altenhofen is a news reporting intern for the Des Moines Register. She can be reached at galtenhofen@registermedia.com or on Twitter @gracealtenhofen. 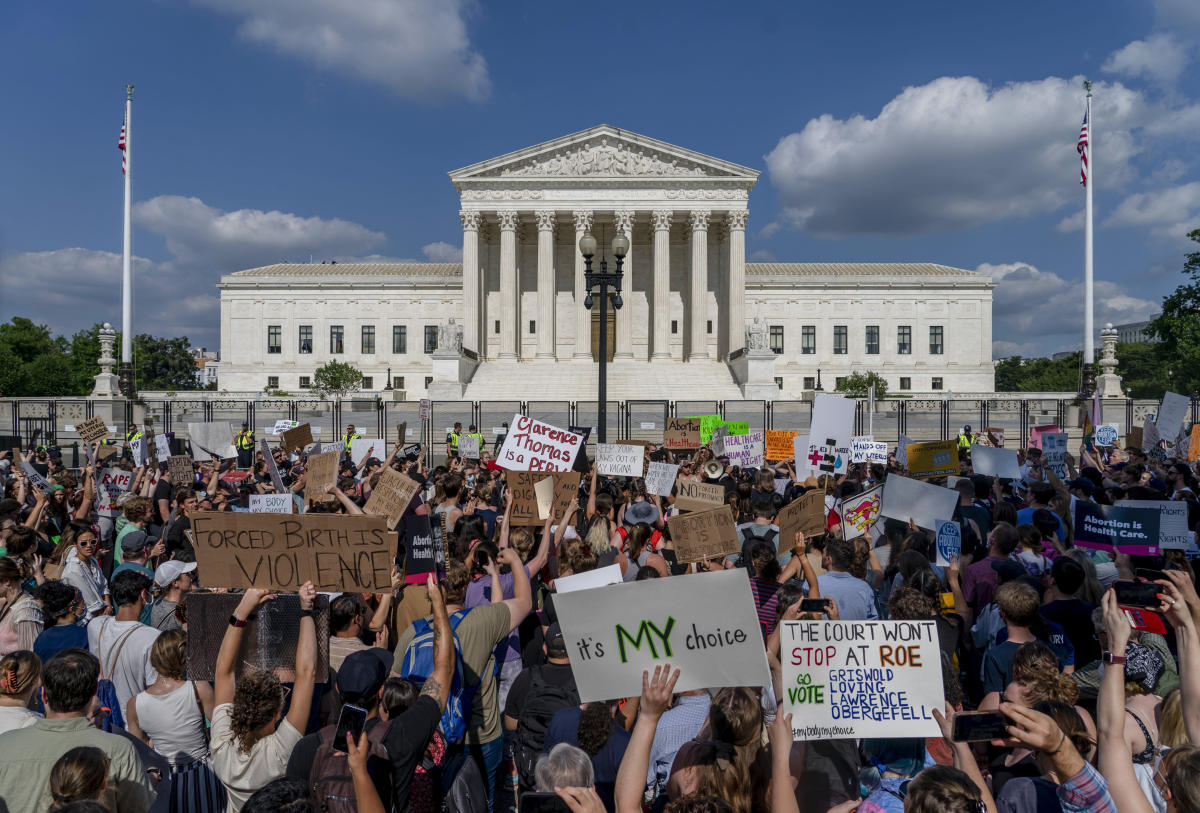 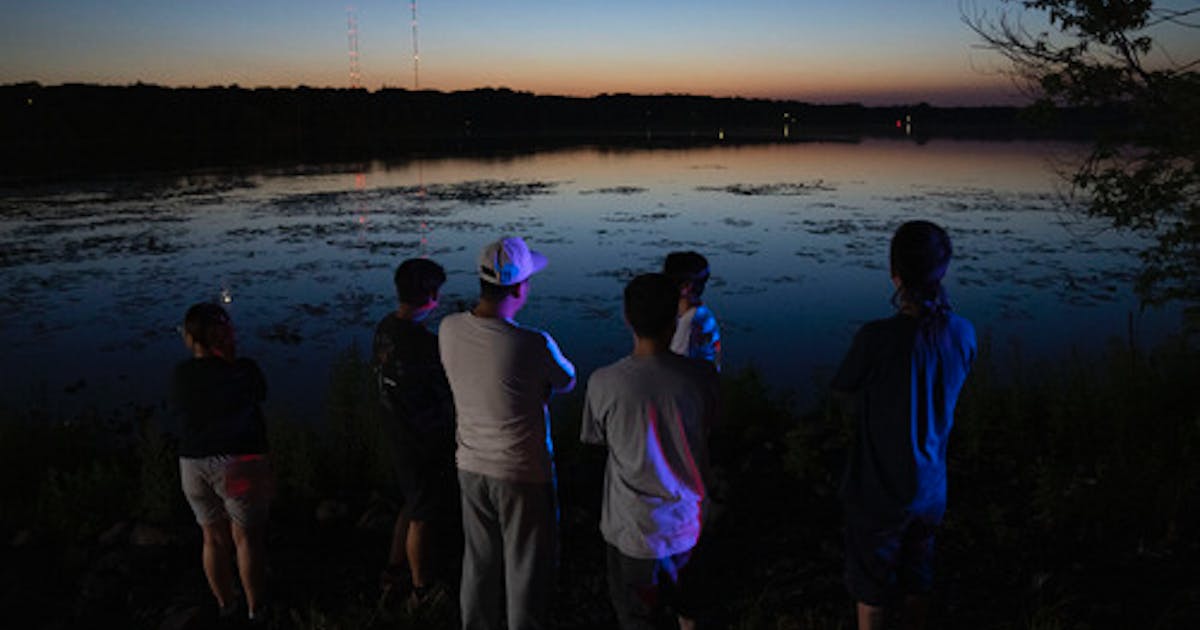 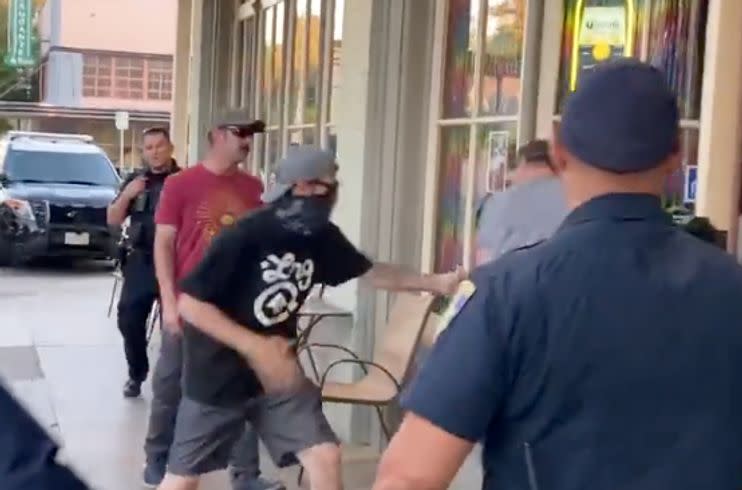