I’m one of those heart-enhanced people. In January, I had cow heart tissue inserted into my aorta, which is the main artery that carries blood away from the heart to the rest of the body.

This fascinating and relatively new procedure does not get much public attention but is saving – or at least enhancing – thousands of lives a year. Including mine.

My physical last year led to the discovery that my aortic valve was seriously narrowed. I’m a two-time winner at this – a physical in 2008 helped my then-cardiologist find that one of my coronary arteries was largely blocked, a problem that he solved by putting a stent into it.

That I’m writing this at 77 is a tribute to preventive screenings – and especially to paying attention to what they show you. It’s also a tribute to the amazing progress that medicine has made by creating new ways to deal with old problems.

This time around, the problem involved my aorta. The calcium buildup in my aortic valve had narrowed it significantly, which meant that my heart had to work harder to keep blood flowing.

From open-heart to transcatheter surgery

In the old days – before 2011 – replacing an aortic valve in the United States involved open-heart surgery: getting your chest cut open, spending about a week in the hospital and doing months of rehab. Not a lot of fun. Now, in many cases, including mine, you get to go home the day after having your valve replaced.

The procedure, called transcatheter aortic valve replacement – known by its acronym of TAVR (pronounced TAH-worse) – is performed by a cardiac surgeon and an interventional cardiologist. A catheter is inserted into an artery through the groin. The catheter carries a replacement valve made of metal and either pig heart tissue or cow heart tissue that is dropped onto your aorta.

I had my valve replaced on a Wednesday morning at Cooperman Barnabas Medical Center in Livingston NJ, which has an established TAVR program, and went home shortly after lunch Thursday.

It took only a few days to get back to my normal, feisty self. I was just amazed, and still am. As were various friends, who bombarded me with emailed cow puns.

That most people aren’t familiar with TAVR – which I’d never heard of until I found out that I might need one – is understandable.

It’s a procedure that was first performed in Rouen, France, in 2002 by interventional cardiologist Alain Cribier. The first TAVR in the United States was performed in 2005 at Beaumont Hospital in the Detroit suburb of Royal Oak, Mich. Beaumont was chosen because of its reputation for working with cardiac stents, said Amr Abbas, director of cardiovascular research for the hospital. Abbas was part of the team that did the 2005 TAVR procedure, in which TAVR pioneer Cribier, who came from France for the occasion, also participated.

“People have an aversion to open-heart therapy,” Abbas said. “Being able to offer them TAVR has enabled us to save multiple lives.”

Number of TAVRs has risen

It took a while for TAVR to be offered to Americans – the Food and Drug Administration did not approve it until 2011. But the number of TAVRs has risen rapidly in the past few years, while the number of crack-your-chest-open surgeries – SAVR, for surgical aortic valve replacement – has fallen sharply.

John Carroll, an interventional cardiologist at the University of Colorado Hospital in Aurora, says there were over 80,000 TAVRs in the United States in 2020, the last year for which numbers are available, up from about 4,700 in 2011, the first year the procedure was available here. There were about 50,500 SAVRs in 2020, down from 71,500 in 2011. (Carroll’s numbers come from a national registry that’s unavailable to the general public.) This means that many patients who might have had to get open-heart surgery can now get by with and TAVR.

In addition to spending less time in the hospital and in rehab, the displacement of SAVRs by TAVRs saves patients – or more accurately, their insurers – a lot of money.

Beaumont Hospital is paid about $ 56,600 on average for a TAVR from insurers or from “cash payers,” a Beaumont Health spokeswoman said. It gets an average of about $ 62,600 for a SAVR. I’m using these numbers rather than Beaumont’s average “gross charge” numbers of about $ 235,900 for a TAVR and $ 261,000 for a SAVR because few, if any, TAVR and SAVR recipients or insurers pay what amounts to the list price.

I ended up with a TAVR (for which Medicare paid $ 50,886.39) because at my annual preventive visit last year, my internist said I needed to get a cardiac stress test. It was my first stress test in 10 years, which is a typical wait between such procedures for someone like me with no symptoms of cardiac trouble.

Much to my dismay, my current cardiologist did not like what she saw on the stress test and sent me for several other tests and scans. They did not turn out well, either.

I met with cardiac surgeons at Cooperman Barnabas in late December, who said that I needed a TAVR. We scheduled it for Jan. 10, but it was postponed to Jan. 12 because Cooperman Barnabas had to deal with many coronavirus patients.

This was the second time that my annual checkup helped solve a cardiac problem that I did not know I had.

The first time was in 2008, when one of my children, who’s an emergency room doctor, nagged me to go to my cardiologist because she did not like what my wife was telling her – which was that I seemed to be running out of breath while rehearsing out loud for my singing part at an upcoming synagogue service.

I felt fine, but to get my daughter off my case, I went to my cardiologist and got some tests. To my surprise and dismay, he said that even though my readings were within normal bounds, he did not like them because they were worse than they had been when I had my last preventive screening. He scheduled an exploratory procedure that showed a major blockage in my circumflex artery and that he resolved by inserting the stent.

If I had not had previous readings, which my cardiologist could see, who knows what might have happened? Nothing good, I’m sure.

I like to think that I learned something from that, which was why I was not resistant about getting my TAVR in January.

Everything is going well, and I’ve got more energy than I did before my procedure. So maybe I was being affected by my messed-up aortic valve but did not realize it.

I do not know, and I do not think I care. I’m just happy to be where I am. 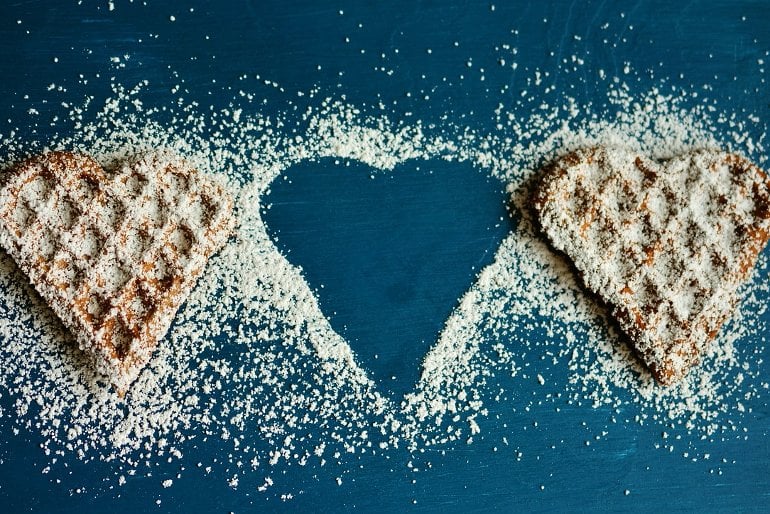 Skipping Meals, Fasting and Eating Meals Too Closely Together May Be Linked to Increased Mortality Risk 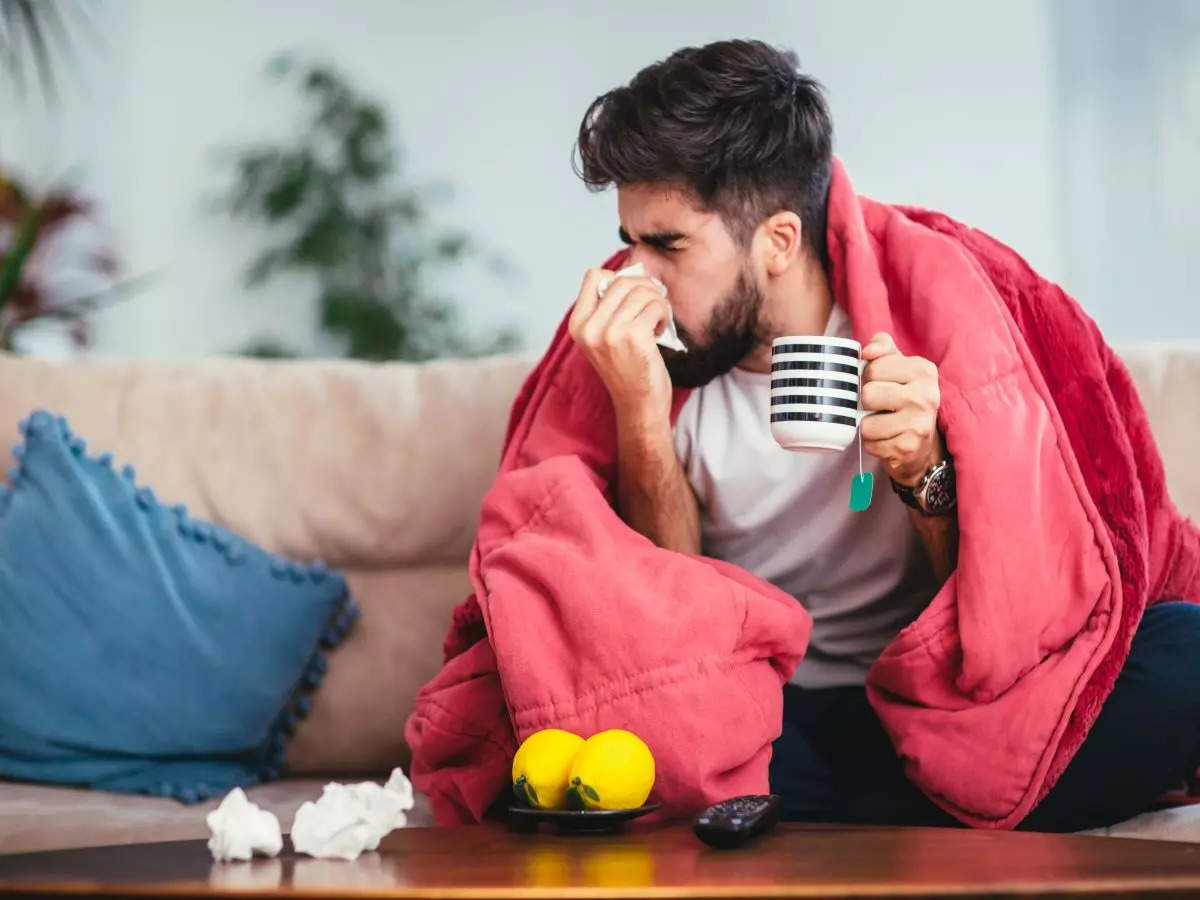 New List of the Most Dangerous Pathogens Will Include ‘Disease X,’ the Likely Next Pandemic