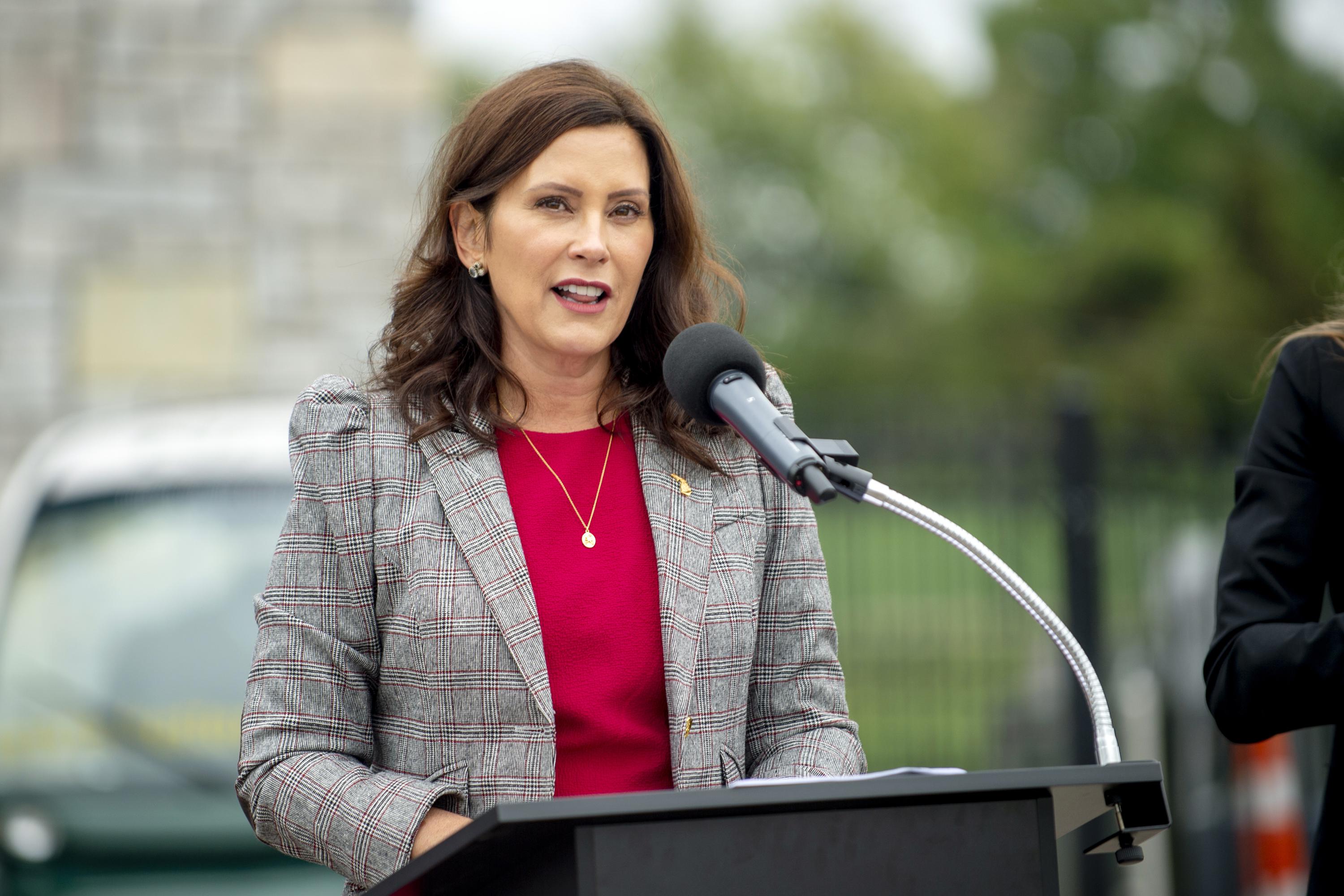 Angry over COVID-19 restrictions such as the closing of gyms, people from several states met in Ohio in June 2020 to plot ways to overthrow government “tyrants,” prosecutors say. Within a week, they chose Michigan Gov. Gretchen Whitmer as a target.

The plan, as outlined in a federal court indictment, was to kidnap Whitmer at her family’s northern Michigan vacation home and take her to Wisconsin for a “trial.” Over several months, they held training exercises and conducted surveillance on Whitmer’s home in preparation for what a group leader called “a snatch and grab.”

“Just grab the bitch,” Adam Fox was recorded telling a confidential informant working with the FBI, prosecutors say. “Because at that point, we do that, dude – it’s over.”

Though it was interrupted by authorities, the alleged plot – for which four men will face trial in a Michigan courtroom beginning Tuesday – represented an increasing level of anger and violence in US politics. That violence disproportionately targets female elected officialsand particularly women of color.

While criticism of public officials is healthy and expected in a democracy, researchers say women are dramatically more likely than their male counterparts to face threats and violence. As more women are elected, the hostility grows, ranging from death threats to armed people gathered outside homes, or attacks on social media that go beyond policy positions to include gendered or racial slurs and insults about intelligence or appearance.

That could have longer-term effects by pushing women to leave public office or deterring them from running, potentially reversing the progress women have made in diversifying who represents the country at City Hall, on school boards and in statehouses and other offices.

Whitmer appears to have been among the women lawmakers targeted in part due to gender. The men who prosecutors say participated in the plot came from different states, and she was not the only US governor to impose pandemic-related restrictions.

In transcripts of recorded conversations, hours of which prosecutors are expected to present at trial, the use of gendered slurs and men discussing things like “taking” Whitmer indicate their rage goes beyond her policies, said Rutgers University Professor Mona Lena Krook, who authored a 2020 book on global violence against women in politics.

“It’s like ‘Who does she think she’s trying to tell us what to do?'” Krook said. “There is a sense they’re trying to delegitimize her because they do not feel like she has the right, that she’s allowed to be there because she’s a woman … I think they take it very personally.”

Several studies have shown the disparity between how men and women are treated. Researchers for the Institute for Strategic Dialogue measured online abuse of congressional candidates in the 2020 election, including direct or indirect threats and promoting violence or demeaning a person based on identity such as race or gender. They found female Democrats received 10 times more abusive comments on Facebook than their male peers, while Republican women received twice as many as their male counterparts.

Women lawmakers who are also ethnic minorities are particularly likely to face abuse, the study found. Among those targeted most often were Reps. Ilhan Omar of Minnesota and Alexandria Ocasio-Cortez of New York, who called out a culture of “accepting violence and violent language against women” during a 2020 House floor speech after a GOP lawmaker’s verbal assault.

GOP women are also targets. The study found that during a two-week period, nearly one-third of the tweets directed at Sen. Susan Collins of Maine were abusive. With the exception of then-Senate Majority Leader Mitch McConnell, who received a higher-than-usual percentage of abusive tweets, between 5% and 10% of tweets directed toward men studied were abusive.

A State and Local Government Review survey of mayors in communities with over 30,000 residents found 79% of mayors reported being a victim of harassment, threats or other psychological abuse, and 13% reported instances of physical violence. Gender was the biggest predictor of whether mayors would be victims, with female mayors more than twice as likely as male mayors to face psychological abuse, and nearly three times as likely to experience physical violence.

Illinois state Sen. Deb Conroy has experienced such abuse firsthand. The Democrat from suburban Chicago received death threats after a conservative blog last month misrepresented a bill she is sponsoring, reporting inaccurately that it could lead to quarantining people who test positive for COVID-19.

Conroy started receiving voicemails with people calling her gendered slurs and saying things like “get back in the kitchen” and “you’re going to get what you deserve.” A commenter on Facebook said he hopes she sleeps with a gun under her pillow so she’s ready for what’s coming.

Conroy, who had to close her office, work with authorities to remove her address from the internet and cancel public events, said the vitriol in politics “exponentially changed” when Donald Trump became president.

“All of a sudden, it was OK to say the most hateful things that you would normally keep to yourself,” she said.

The vitriol also intensified during the pandemic, and as some Trump supporters believed the lie that he won the 2020 election.

Amanda Hunter, executive director of the Barbara Lee Family Foundation, traces much of the change to the rise of social media. Years ago, if someone wanted to verbally attack a lawmaker, they had to track down their address and perhaps mail a letter. Today, it’s relatively easy to reach someone via Twitter, Facebook, email or other methods – often in their homes or on their phones.

That’s created another structural barrier to running for office, particularly in lower levels of government where jobs do not come with a security detail or budget, said Hunter. The Barbara Lee Family Foundation works to increase women’s representation in politics.

“This is now another decision that women have to factor in when deciding whether or not to run for office, if they want to contend with weighing potential security threats against them or perhaps even their families,” she said.

Lawmakers and advocacy groups have urged social media companies to do more to crack down on online abuse. They also say there is power in drawing attention to the attacks – something some women once worried made them appear weak – and in calling out the attackers.

For Whitmer, the abuse continued even after federal charges were filed against the six men in the kidnapping plot in October 2020.

After one of the men pleaded guilty last year, she told a judge in a victim impact statement that she has seen herself hung in effigy during a protest and heavily armed people near her home. At one protest there was a sign calling for “burning the witch.”

“Things will never be the same,” she wrote.