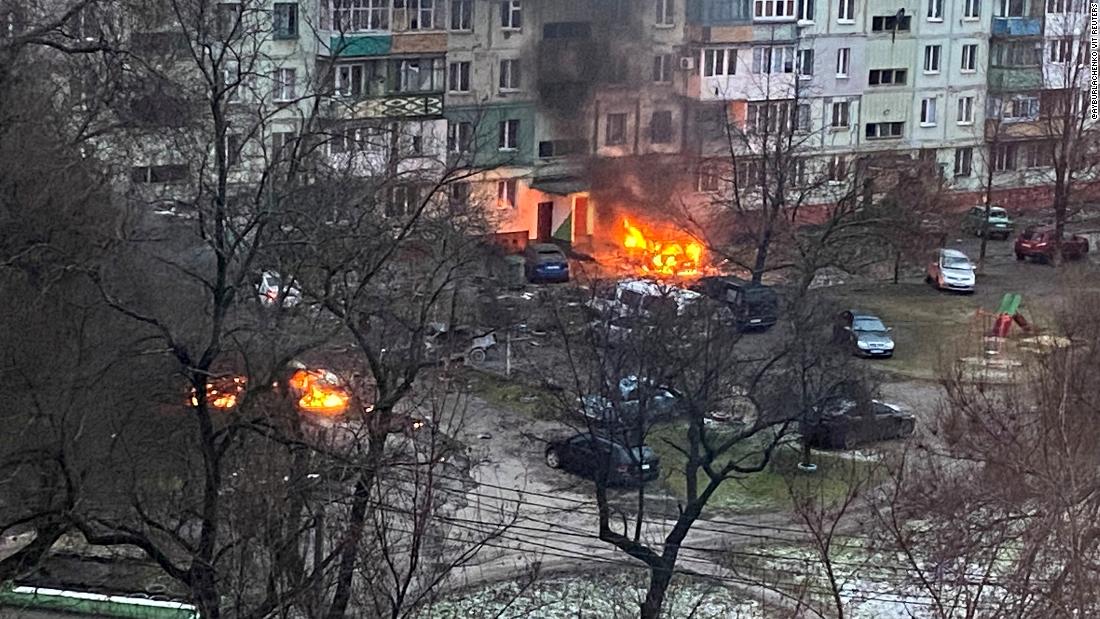 The Russian Ministry of Defense said earlier on Saturday it would stop bombing Mariupol and another southeastern city, Volnovakha, which have endured days of heavy, indiscriminate shelling.

Residents there have hunkered down in basements without power and with limited supplies of food and water, volunteers gathering information from the ground told CNN.

But just a few hours after the announcement to pause fire, a top regional official accused Russia of breaking its agreement.

“Due to the fact that the Russians are not observing the ceasefire regime and continue shelling Mariupol and its outskirts, the evacuation of the population has been postponed for security reasons,” governor of the Donetsk region, Pavlo Kyrylenko, announced on Twitter.

CNN received a written account from a resident of a village near Volnovakha, whose husband has been trying to evacuate people from the city in recent days.

“The situation in the city is very scary,” Marina Gasanova wrote. “There is almost nothing left in the city, something comes in every minute from all sides, it is not clear what … and it is not clear from where it comes. Scary, crazy !,” she wrote.

“Every minute, every second, everyone is shooting. From all sides. It’s just impossible! There are corpses lying around, torn-off arms, torn-off legs.”

Iryna Vereshchuk, the Ukrainian minister of Reintegration of Temporarily Occupied Territories, said that according to reports from her country’s military, Russian forces were using the pause in fire to continue their advance.

“I would like to address the Russian authorities and say the following: ‘We have agreed on ceasefire through the Red Cross, using international conventions. There should be no advance of Russian troops. We use this channel to evacuate civilians – women, children , and also to deliver humanitarian goods to those who stayed – medicine and food, “she said.

“The whole world is watching this. I sincerely hope that such a first step, which I hope will end positively and people will get shelter, but not sit for weeks under the rubble, in basements without water, without communication and without food, will continue. “

Earlier on Saturday, Ukrainian President Volodymyr Zelensky pleaded for the evacuation corridors to work to save people. “Women, children, the elderly. To give food and medicine to those who remain.” But he also said that those “who can defend their city must continue to fight.”

Doctors Without Borders (MSF) issued a statement on Saturday pleading for the evacuation corridors to remain open. The statement included an account from an MSF staff member in Mariupol, who said the situation in the city was getting desperate.

“We collected snow and rain water yesterday to have some utility water. We tried to get free water today but the queue was huge … multiple grocery stores were destroyed by missiles and the remaining things were taken by people in desperate need,” it read.

“Still no power, water, heating and mobile connection. No one heard about any evacuation yet. Pharmacies are out of medicine.”