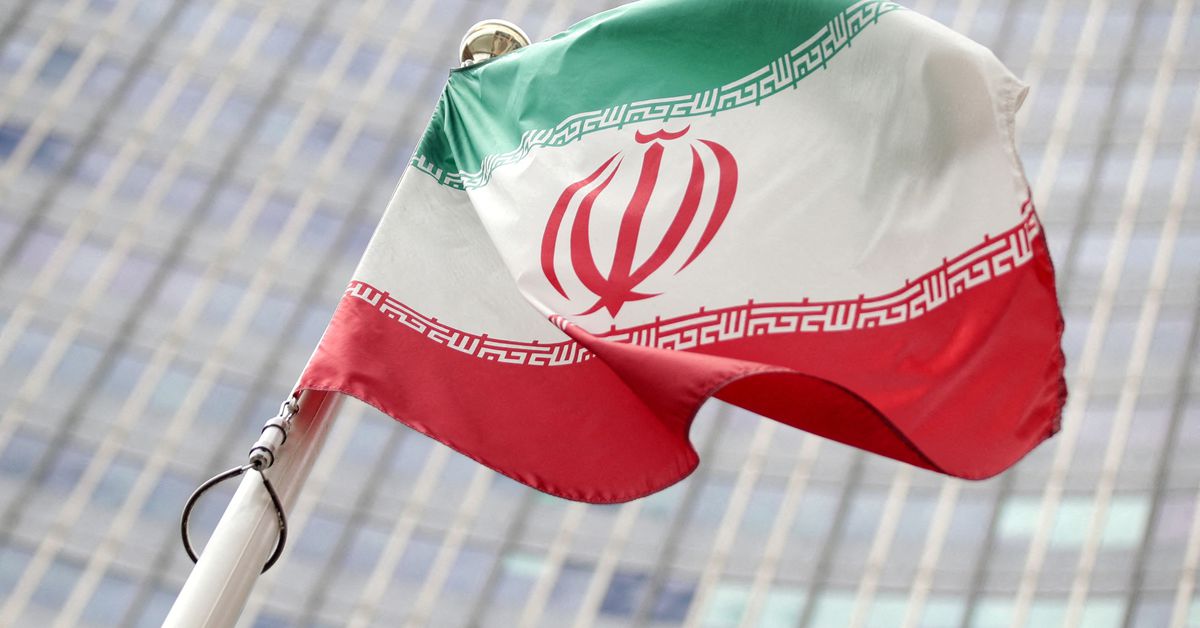 VIENNA, March 5 (Reuters) – Russia’s demand for written US guarantees that sanctions on Moscow would not harm Russian cooperation with Iran is “not constructive” for talks between Tehran and global powers to revive a 2015 nuclear deal, a senior Iranian official said on Saturday.

The announcement by Russia, which could torpedo months of indirect talks between Tehran and Washington in Vienna, came shortly after Tehran said it had agreed a roadmap with the UN nuclear watchdog to resolve outstanding issues that could help secure the nuclear pact.

“Russians had put this demand on the table (at the Vienna talks) since two days ago. There is an understanding that by changing its position in Vienna talks Russia wants to secure its interests in other places. This move is not constructive for Vienna nuclear talks, “said the Iranian official in Tehran, speaking to Reuters.

Russian Foreign Minister Sergei Lavrov said on Saturday that Western sanctions imposed over the war in Ukraine had become a stumbling block for the Iran nuclear deal, warning Russian national interests would have to be taken into account. read more

Lavrov said Russia wanted a written guarantee from the United States that Russia’s trade, investment and military-technical cooperation with Iran would not be hindered in any way by the sanctions.

New US sanctions imposed on Russia following its invasion of Ukraine should not have any impact on a potential revival of the Iran nuclear accord, the US State Department said.

“The new Russia-related sanctions are unrelated to the JCPOA and should not have any impact on its potential implementation,” a State Department spokesperson said, referring to the 2015 deal by its formal name, the Joint Comprehensive Plan of Action.

“We continue to engage with Russia on a return to full implementation of the JCPOA. Russia shares a common interest in ensuring Iran never acquires a nuclear weapon.”

When asked whether Russia’s demand would harm 11 months of talks between Tehran and world powers, including Russia, Iran Project Director at the International Crisis Group, Ali Vaez, said: “Not yet. But it’s impossible to segregate the two crises for much longer. “

“The US can issue waivers for the work related to the transfer of excess fissile material to Russia. But it’s a sign that the commingling of the two issues has started,” Vaez said.

Two diplomats, one of them not directly involved in the talks, said China also has demanded written guarantees that its companies doing business in Iran would not be affected by US sanctions.

Such demands may complicate efforts to seal a nuclear deal at a time when an agreement looked likely. All parties involved in the Vienna talks had said on Friday they were close to reaching an agreement.

The 2015 agreement between Tehran and major powers eased sanctions on Tehran in return for limiting Iran’s enrichment of uranium, making it harder for Tehran to develop material for nuclear weapons. The agreement fell apart after President Donald Trump withdrew the United States in 2018.

Meanwhile, Iran and the UN nuclear watchdog said they aimed to resolve a standoff over the origin of uranium particles found at old but undeclared sites by early June, aiming to remove an obstacle to reviving the 2015 deal.

The move was announced jointly by Iran and the International Atomic Energy Agency (IAEA) during a visit to Tehran by IAEA chief Rafael Grossi, who had arrived on Friday to discuss one of the last thorny issues blocking the relaunching of the pact.

Later, Grossi said it is hard to imagine any agreement to revive the Iran nuclear deal being implemented if the IAEA’s efforts to resolve open issues in Iran by June fail.

“My impression is that it would be difficult to imagine you can have a cooperative relationship as if nothing had happened if the clarification of very important safeguards were to fail,” Grossi told a news conference in Vienna.

According to a timeline in the statement, Iran will provide “written explanations including related supporting documents” to unanswered IAEA questions on three sites by March 20 before other exchanges, after which Grossi “will aim to report its conclusion by June 2022 (IAEA) Board of Governors “, which begins on June 6.

A major sticking point in the talks is that Tehran wants the question of the uranium particles to be closed. Western powers say that is a separate matter to the deal, which the IAEA is not a party to, several officials have told Reuters.

Grossi, who also held talks with Iran’s foreign minister before returning to Vienna on Saturday, said, “there are still matters that need to be addressed by Iran”. The IAEA has been seeking answers from Iran on how the uranium traces got there – a topic often referred to as “outstanding safeguards issues”.

Grossi’s trip had raised hopes an agreement with the IAEA will potentially clear the way to reviving the nuclear pact. When he pulled the United States out, Trump also reimposed far-reaching sanctions on Iran.

Since 2019, Tehran has broken the deal’s nuclear limits and gone well beyond, rebuilding stockpiles of enriched uranium, refining it to higher fissile purity and installing advanced centrifuges to speed up output. Iran denies it has ever sought to acquire nuclear weapons.