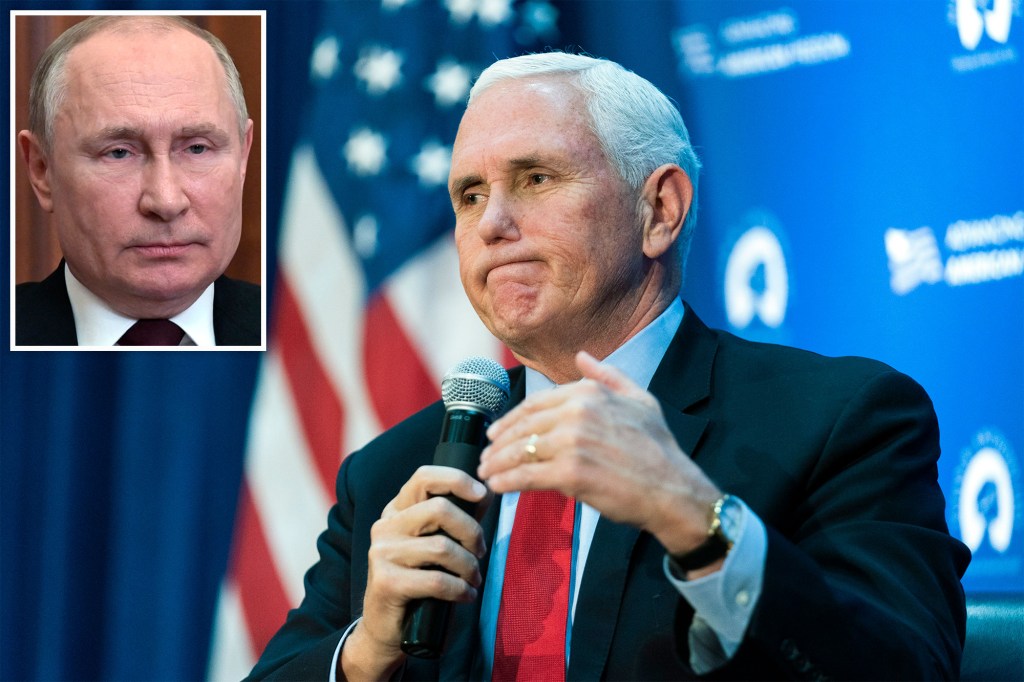 Former Vice President Mike Pence urged fellow Republicans to condemn the Russian invasion of Ukraine, saying “there is no room in this party for apologists for Putin,” during a speech on Friday night.

Speaking at a fundraiser of the GOP’s top donors in New Orleans, Pence was critical of those in his party who have not condemned Russian President Vladimir Putin’s invasion of Ukraine, which has caused the deaths of thousands of civilians and displaced at least 1.2 million people.

“Where would Russian tanks be today if NATO had not expanded the borders of freedom? There is no room in this party for apologists for Putin, ”Pence said, according to excerpts from the closed speech obtained by The Associated Press. “There is only room for champions of freedom.”

The former VP’s comments seemed to be a veiled hit at former President Donald Trump, who called Putin’s decision to move forces into Ukraine “genius,” “smart” and “savvy,” in an interview last week, adding that the invasion would never have happened under his watch.

Pence, who was Trump’s loyal running mate and veep, did not address the former president by name.

The former VP has increasingly been distancing himself from Trump. On Friday, he again pushed back on Trump’s repeated false claims that Pence had the authority to overturn the 2020 election.

“Elections are about the future,” Pence said. “My fellow Republicans, we can only win if we are united around an optimistic vision for the future based on our highest values. We can not win by fighting yesterday’s battles, or by relitigating the past. ”

But Pence seemed to share Trump’s opinion that Moscow’s invasion of Ukraine would not have happened under the GOP’s watch.

He blamed President Biden’s leadership, saying the president “squandered the deterrence that our administration put in place to keep Putin and Russia from even trying to redraw international boundaries by force.”

“It’s no coincidence that Russia waited until 2022 to invade Ukraine,” Pence said. “Weakness arouses evil, and the magnitude of evil sweeping across Ukraine speaks volumes about this president.”