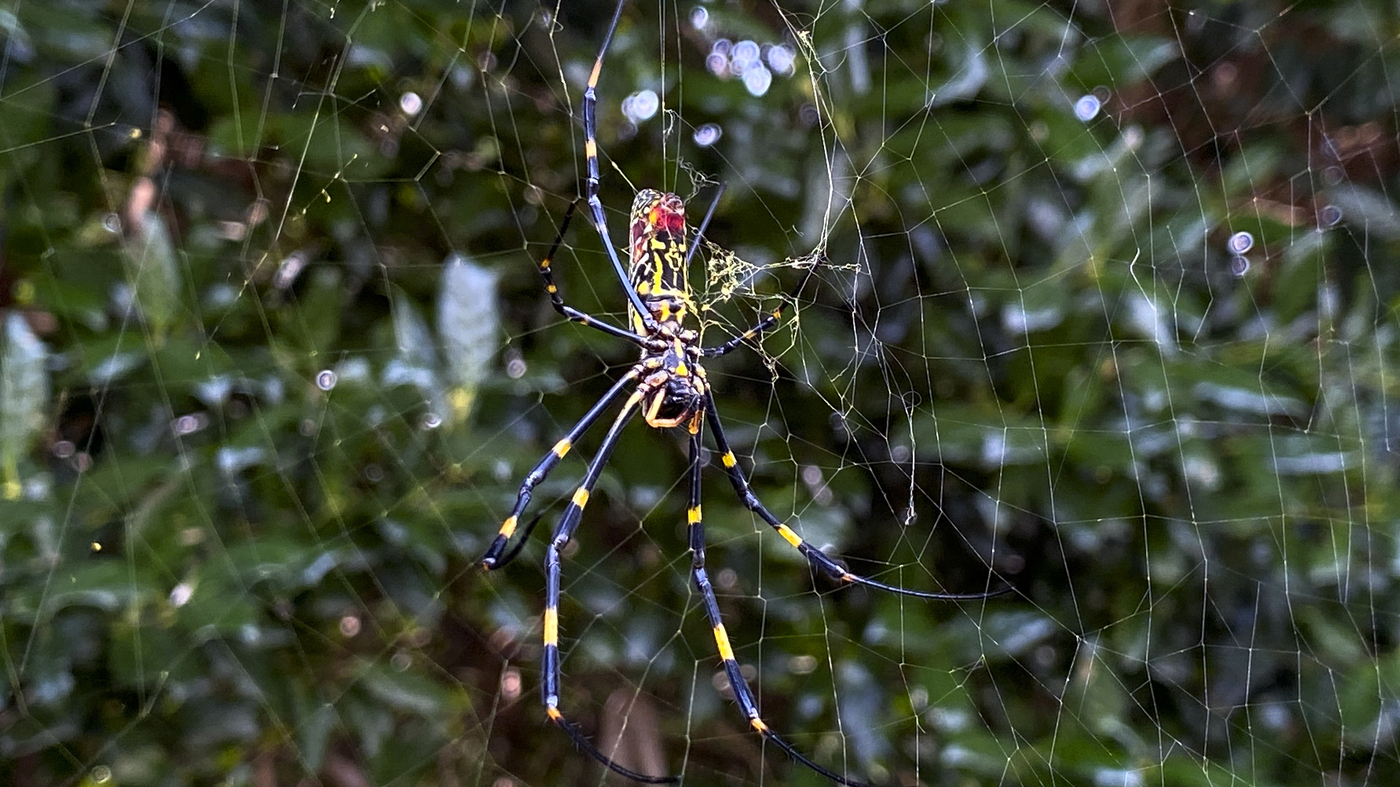 The joro spider, a large spider native to East Asia, has become a common sight throughout Georgia and other Southeastern states. But scientists say it may soon spread through the Eastern seaboard.

The joro spider, a large spider native to East Asia, has become a common sight throughout Georgia and other Southeastern states. But scientists say it may soon spread through the Eastern seaboard.

They’re huge, have eight blue-black and yellow striped legs, and could soon move into most of the Eastern Seaboard of the US

A study published in the journal Physiological Entomology says that the palm-sized joro spider, which has been largely confined to warmer southeastern states for nearly a decade, could soon be expected to colonize regions with colder climates.

That’s because researchers have discovered the large arachnids have a higher probability of surviving a brief freeze than other closely related species of the same genus.

“People should try to learn to live with them,” Andy Davis, a research scientist at the Odum School of Ecology and one of the authors behind the recent study, told UGA Today, a publication at the University of Georgia.

A joro spider can grow to be about 3 inches long, including a large bulbous body with bright yellow stripes. Its underbelly has distinctive red markings, and it weaves large webs that look as if they’re spun from golden silk.

It gets its name from Jorōgumo, which in Japanese folklore that can turn itself into a beautiful woman to prey on unsuspecting men.

Despite their startling appearance – and their namesake – Davis noted joros do not appear to be harmful or have much of an effect on local agriculture or ecosystems. In fact, he said, they may be beneficial to native predator birds as an additional food source. And, while they kill their prey using venom, scientists say they are harmless to people and pets because their fangs are usually too small to break human skin.

In other words, try to leave them alone, Davis says.

“If they’re literally in your way, I can see taking a web down and moving them to the side, but they’re just going to be back next year,” Davis added.

To learn more about their biology, researchers compared joros to golden silk spiders, a closely related species that originated from tropical climates in southeast asia and established itself in this same region of the US over the last 160 years.

They found joro spiders have a metabolism twice as high as their spider-cousin and heart rates 77 percent faster when exposed to low temperatures.

“These findings suggest the jorō spider may exist in a colder climatic region than the southeastern USA,” the study states.

Another reason they seem to be spreading so quickly is that they’re good travelers. Hatchlings do something called ballooning, which is when they use web silks to carry them on the wind to new locations.

“The potential for these spiders to be spread through people’s movements is very high,” Frick said.

He added: “Anecdotally, right before we published this study, we got a report from a grad student at UGA who had accidentally transported one of these to Oklahoma.”

Joro spiders are native to Japan and likely made their way to the US in shipping containers, researchers believe.