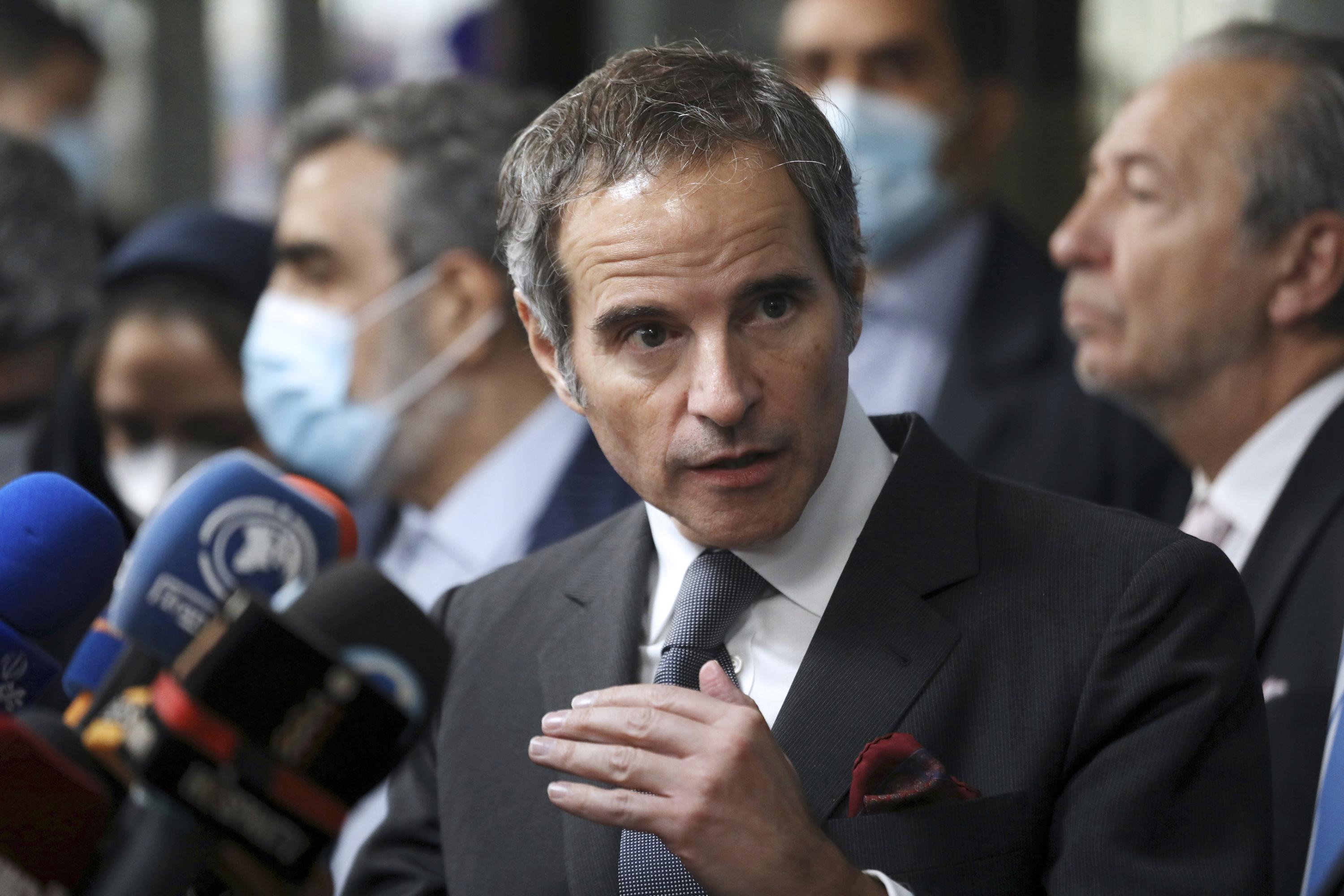 VIENNA (AP) – Iran has agreed to supply answers long sought by the United Nations’ nuclear watchdog, Tehran and the UN agency said Saturday, as talks in Vienna over its tattered atomic deal with world powers appear to be coming to an end.

A joint statement by Mohammad Eslami, the head of the civilian Atomic Energy Organization of Iran, and Rafael Mariano Grossi of the International Atomic Energy, came hours after the two met in Tehran.

It envisions the issue of the discovery of uranium particles at former undeclared sites in the country being wrapped up by June – a move that is separate from the talks over the nuclear deal but could help push them to a conclusion.

But meanwhile, Russia’s foreign minister for the first time linked American sanctions on Moscow over its war on Ukraine to the ongoing Iran nuclear deal talks – adding a new wrinkle to the delicate diplomacy.

Grossi said in Tehran that “it would be difficult to believe or to imagine that such an important return to such a comprehensive agreement as the (nuclear deal) would be possible if the agency and Iran would not be seeing eye to eye on how to resolve these important safeguards issues. ” Safeguards in the IAEA’s parlance refer to the agency’s inspections and monitoring of a country’s nuclear program.

Grossi for years has sought for Iran to answer questions about man-made uranium particles found at former undeclared nuclear sites in the country. US intelligence agencies, Western nations and the IAEA have said Iran ran an organized nuclear weapons program until 2003. Iran has long denied ever seeking nuclear weapons.

Eslami said the men had reached an “agreement” that would see Iran “presenting documents that would remove the ambiguities about our country.” He did not elaborate on what the documents would discuss.

The later joint statement said that Eslami’s agency will by March 20 give the UN nuclear watchdog “written explanations including related supporting documents to the questions raised by the IAEA which have not been addressed by Iran on the issues related to three locations.”

Within two weeks, it said, the IAEA will review that information and submit any questions, and within a week of that the two agencies will meet in Tehran to address the questions.

Grossi will then aim to report his conclusions by the time the IAEA board of governors meets in June.

The nuclear deal saw Iran agree to drastically limit its enrichment of uranium in exchange for the lifting of crushing economic sanctions. But a 2018 decision by then-President Donald Trump to unilaterally withdraw America from the agreement sparked years of tensions and attacks across the wider Mideast.

Today, Tehran enriches uranium up to 60% purity – its highest level ever and a short technical step from weapons-grade levels of 90% and far greater than the nuclear deal’s 3.67% cap. Its stockpile of enriched uranium also continues to grow, worrying nuclear nonproliferation experts that Iran could be closer to the threshold of having enough material for an atomic weapon if it chose to pursue one.

Undeclared sites played into the initial 2015 deal as well. That year the IAEA’s then-director-general also came to Tehran and visited one suspected weapons-program site at Parchin. Inspectors also took samples there for analysis.

In Vienna, negotiators appear to be signaling a deal is near – even as Russia’s war on Ukraine rages on. Russia’s ambassador there, Mikhail Ulyanov, has been a key mediator in the talks and tweeted Thursday that negotiations were “almost over.” That was something also acknowledged by French negotiator Philippe Errera.

“We hope to come back quickly to conclude because we are very, very close to an agreement,” Errera wrote Friday on Twitter. “But nothing is agreed until EVERYTHING is agreed!”

But comments Saturday by Russian Foreign Minister Sergey Lavrov for the first time offered the suggestion that the Ukraine war – and the stinging sanctions that Americans and others have put on Moscow – could interfere.

“We need guarantees these sanctions will in no way affect the trading, economic and investment relations contained in the (deal) for the Iranian nuclear program,” Lavrov said, according to the Tass news agency.

Lavrov said he wanted “guarantees at least at the level of the secretary of state” that the US sanctions would not affect Moscow’s relationship with Tehran. There was no immediate American response to Lavrov’s comments.

Meanwhile on Saturday, Iran’s paramilitary Revolutionary Guard unveiled what it described as two new underground missiles and drone bases in the country. State TV said the bases contained surface-to-surface missiles and armed drones capable of “hiding themselves from enemy radar.”