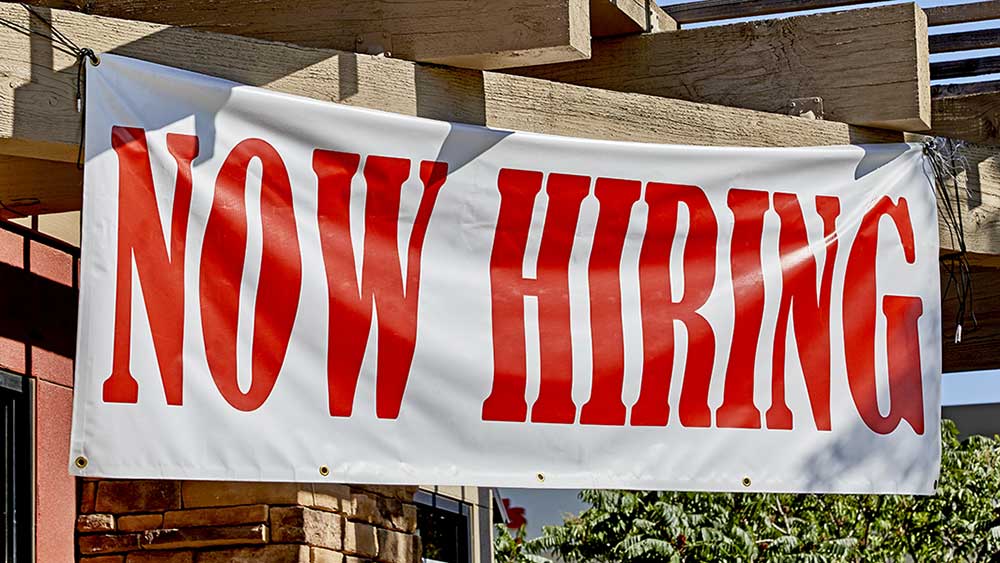 The US economy added back 678,000 jobs in February, far better than the consensus, as the fading of the omicron wave revived the service sector. The unemployment rate fell to 3.8%. The Dow Jones fell Friday after the jobs report, pressured by Russia’s intensifying attack on Ukraine.

Wall Street had expected the February jobs report to show a gain of 390,000 jobs, including 330,000 in the private sector. Economists expected the unemployment rate to ease to 3.9%.

The average hourly wage was basically flat on the month, while rising 5.1% from a year ago, far below expectations of 5.8% annual wage growth. January’s annual wage gain was revised down to 5.5% from 5.7%. Even so, January’s growth was artificially inflated by a drop in hours worked among modest-wage service jobs, as omicron surged. As their hours recovered, overall wage gains moderated.

While wage gains are still strong, they’re not keeping up with inflation, which hit 7.5% in February.

Omicron cases fell to about a 175,000 daily pace in mid-February, as the Labor Department conducted its mid-month household and employer surveys, down from 800,000 in mid-January. The pace has since fallen close to 50,000 and the labor market appears to be showing further progress. Initial jobless claims spiked to 290,000 in the week through Jan. 15, but fell to 215,000 in the week through Feb. 26.

The jobs report is unlikely to substantially shift expectations for the Federal Reserve to hike its benchmark interest rate a quarter point at its March 15-16 meeting. However, pressure will remain on the Fed to keep hiking. Russia’s invasion has exacerbated commodity-price inflation, and a tight labor market gives workers leverage to push for raises to offset inflation. February’s jump in labor force participation, however, will be an encouraging sign for policymakers that workers sidelined during the pandemic may come back in greater numbers.

The major indexes have climbed off lows hit as Russia invaded Ukraine on Feb. 24, but the stock market has yet to shake off the correction.

On Thursday, the Dow Jones finished 8.2% below its all-time closing high on Jan. 4. The S&P 500 has fallen 9% from its peak close on Jan. 3. The Nasdaq has underperformed, sliding 15.7% from its Nov. 19 peak, as growth stock valuations have been crimped by rising interest rates.

Be sure to read IBD’s The Big Picture column after each trading day to get the latest on the prevailing stock market trend and what it means for your trading decisions.

The household survey, which is used to derive the unemployment rate, showed the ranks of the employed rising by 548,000. The number of people participating in the labor force, meaning they are working or actively looking for a job, rose 304,000.

The share of the working age population (age 16 and up) participating in the labor force held edged up to 62.3%, matching expectations.

According to the monthly survey of households, 6.3 million Americans are unemployed, up from 5.8 million in February 2020.

Catch The Next Big Winning Stock With MarketSmith