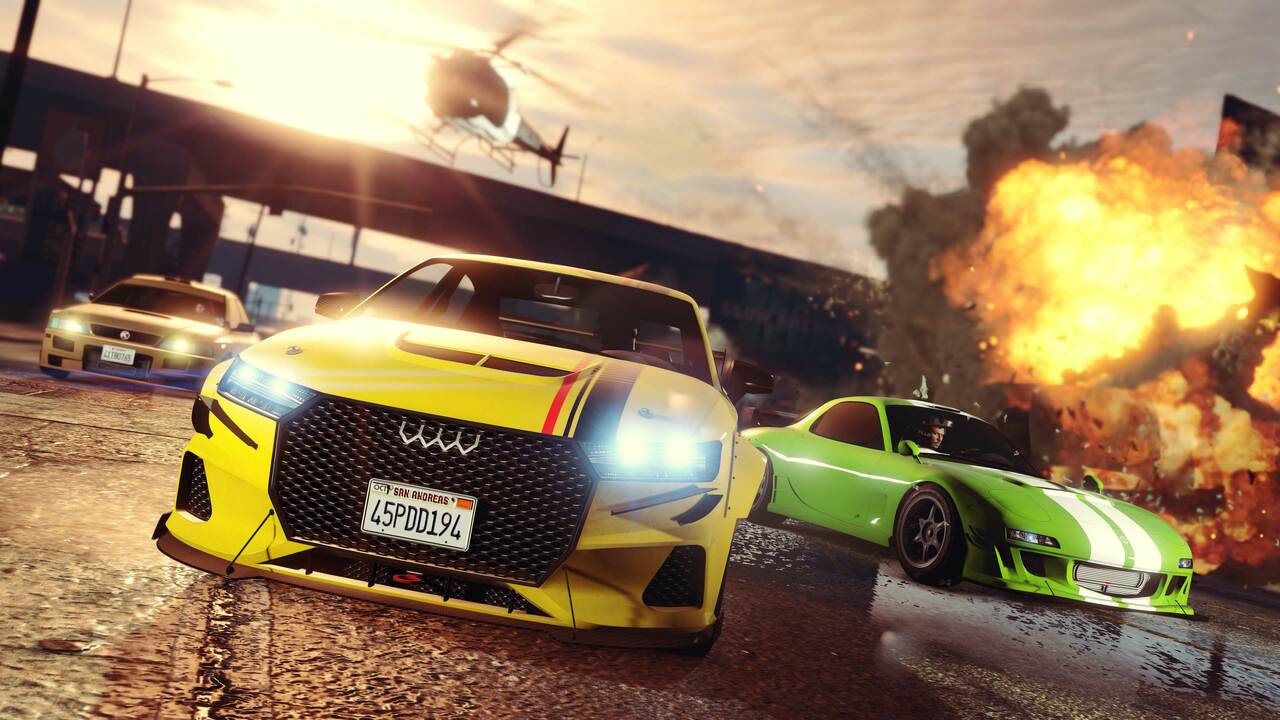 After the disappointing GTA Trilogy last year, it’s fair to say there’s a little skepticism aimed at GTA 5’s upcoming remaster. We haven’t seen a lot of the PlayStation 5 re-release – in fact, last year’s reveal trailer was roundly criticized when it aired during a PlayStation Showcase. These new screenshots, debuted alongside fresh information on the port, look pretty clean, though.

We get some wide-angle shots of Los Santos both during day and night, some cinematic gameplay shots from the online mode, and a look at the story’s trio of iconic protagonists – Trevor, Michael, and Franklin sure are looking fresh. The release will have three graphics modes when it launches, one blending 60 frames-per-second with raytracing, which is welcome. Will it be a free PS4 to PS5 upgrade? We do not know.

It’s been so long since Rockstar touched GTA 5 that we’re actually looking forward to this re-release. The label never even updated the title for the PS4 Pro, so if you’re playing the game on PS5 via backwards compatibility, you’ll have to endure 1080p visuals locked at 30 frames-per-second. It’s those faster loading times that we’re really looking forward to – hopefully it does not take two minutes to connect to GTA Online anymore.