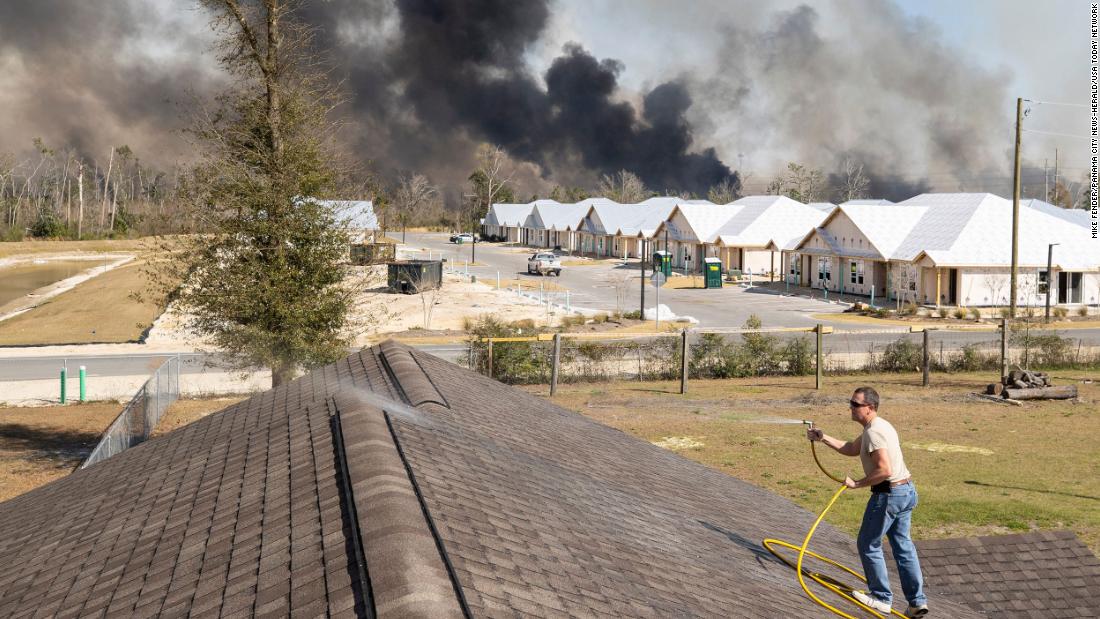 “600 homes have been evacuated. More than a dozen @FLForestService tractor / plow units are on-scene, multiple helicopters as well as resources from county & local fire departments,” the agency added.

The fire started Friday when someone was burning trash in their backyard and the flames got out of hand, Bay County Sheriff Tom Ford said at a news conference.

At least two homes have been destroyed and as many as 12 were damaged, Emergency Services Chief Brad Monroe estimated.

There have been no reported injuries or fatalities, he said.

Debris left from Hurricane Michael in 2018 that weakened some trees has hampered firefighting efforts, Monroe said.

Bay County Commissioner Robert Carroll said there is now a burn ban for the county. “Please, no burning. We’ve got to get this fire under control,” he said.

An emergency shelter for evacuees has been set up at Hiland Park Baptist Church in Panama City.

The National Weather Service office in Tallahassee said there would likely be decreased visibility due to fog and smoke Friday night.

Bay County has about 175,000 permanent residents in its 748 square miles. Panama City, a major tourist destination, is its largest city.

The Adkins Road fire is one of several burning in Bay County, according to the sheriff’s office.