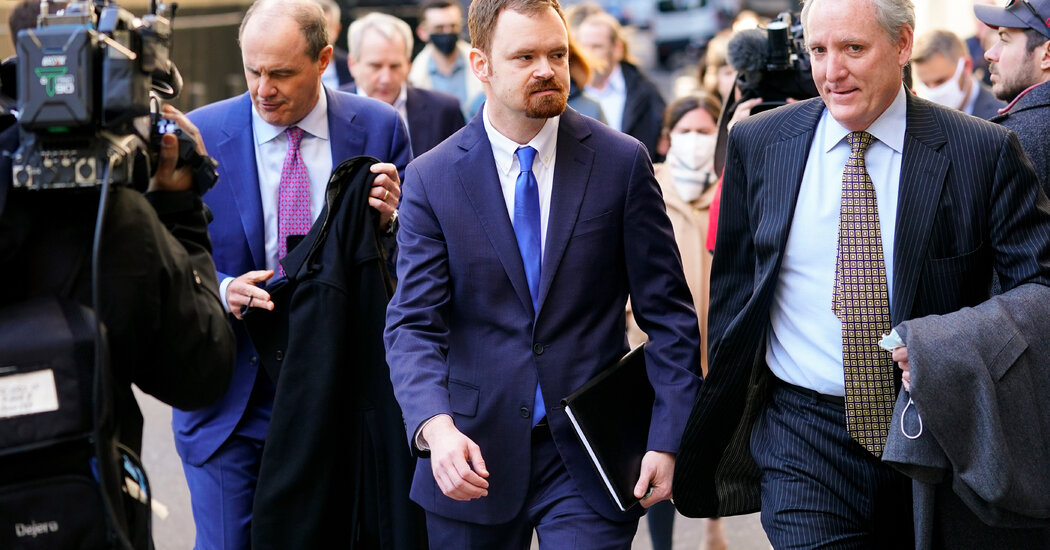 A former Amtrak engineer who was operating a speeding train that derailed in Philadelphia in 2015, killing eight people, was acquitted on Friday of involuntary manslaughter and related charges.

The jury’s verdict was the culmination of a case filled with twists as the Pennsylvania attorney general’s office tried to prosecute the former engineer, Brandon Bostian, on more than 200 charges, including a count of causing catastrophe.

Mr. Bostian was operating a Washington-to-New York train on May 12, 2015, when he sped the train to 106 miles per hour as it entered a curved section of track with a 50-mph speed limit.

The train careened off the track and into Philadelphia’s Port Richmond neighborhood. Eight people were killed, and more than 200 people were injured.

The National Transportation Safety Board identified Mr. Bostian’s actions as the probable cause of the crash and said he had lost “situational awareness” when his attention was diverted.

Mr. Bostian’s lawyer, Brian McMonagle, argued that “criminals” had been throwing stones at passenger trains in the area just before the crash and that radio broadcasts of those reports had caused Mr. Bostian to become distracted by “the madness of what was happening on the tracks.”

“Brandon made a mistake because of the distraction, and that’s not a crime,” he said. “I explained to the jury that good people make honest mistakes every day, and it’s not criminal conduct.”

Thomas R. Kline, a lawyer who represented some of the victims and their families, said on Friday that it was important for them to hear Mr. Bostian’s lawyer says that his client had made a mistake.

“There is evidence that he was accelerating his train going into the most dangerous curve on the Eastern corridor,” Mr. Kline said. “He was negligent, and a jury has found that it was not criminal negligence.”

Josh Shapiro, Pennsylvania’s attorney general, said in a statement on Friday that his office respected the jury’s verdict.

“There is no question that the excessive speed of the train that the defendant operated on resulted in death and injury to his passengers,” the statement said. “Our goal throughout this long legal process was to seek justice for each and every victim, and help bring victims’ families and their loved ones closure.”

In October 2016, Amtrak agreed to pay up to $ 265 million to victims and their families in one of the largest settlements related to a train derailment in the United States.

But the Philadelphia district attorney declined to charge Mr. Bostian in May 2017, saying he did not believe there was enough evidence to prove that Mr. Bostian had consciously disregarded a “substantial and unjustifiable risk.”

Mr. Shapiro charged Mr. Bostian later that month, but only after the victims’ families invoked a state law that forced the authorities to act. The charges were then dismissed twice.

In the first ruling, in September 2017, Judge Thomas F. Gehret of Philadelphia Municipal Court concluded that Mr. Bostian bore no criminal responsibility for the derailment. The judge said the episode appeared to have been an accident.

In the second case, in July 2019, Judge Barbara McDermott of the Philadelphia Court of Common Pleas ruled that the mistakes Mr. Bostian had made did not constitute a crime. “The law recognizes we’re all human,” the judge said, according to The Associated Press.

But in May 2020, Judge Victor P. Stabile of Pennsylvania Superior Court found that Judge McDermott had improperly considered evidence that should have been considered at trial and sent the case back to a trial court for the case to be heard by a jury.