WASHINGTON, March 4 (Reuters) – The U.S. Supreme Court on Friday reinstated convicted Boston Marathon bomber Dzhokhar Tsarnaev’s death sentence for his role in the 2013 attack that killed three people and wounded more than 260 others, ruling in favor of the federal government.

In a 6-3 decision, the justices sided with the Justice Department’s challenge to a 2020 federal appeals court ruling that had upheld Tsarnaev’s conviction but overturned his death sentence. Because President Joe Biden’s administration has imposed a moratorium on the death penalty in federal cases, Tsarnaev does not face imminent execution.

White House Press Secretary Jen Psaki told reporters that Biden “believes that Tsarnaev should be punished” but also has “grave concerns about capital punishment as implemented.”

The Supreme Court faulted the Boston-based 1st US Circuit Court of Appeals on its findings that Tsarnaev’s right to a fair trial under the US Constitution’s Sixth Amendment was violated and that the trial judge wrongly excluded certain evidence about a separate crime.

“Dzhokhar Tsarnaev committed heinous crimes. The Sixth Amendment nonetheless guaranteed him a fair trial before an impartial jury. He received one,” Conservative Justice Clarence Thomas wrote for the court.

The court’s six conservative justices were in the majority, with its three liberals dissenting.

Biden as a candidate promised to work to pass legislation in Congress to eliminate the death penalty at the federal level and set incentives for states to do so as well, instead of endorsing life sentences without probation or parole.

But his administration last year opted to proceed with an appeal initially launched by the Justice Department under his predecessor Donald Trump to defend Tsarnaev’s death sentence.

“Legal rulings do not erase trauma and pain. Our focus today, and always, is on the hundreds of families that were deeply impacted and traumatized by this horrific act of domestic terrorism,” Boston-based U.S. Attorney Rachael Rollins, the federal prosecutor in charge of the case, said in a statement.

In a dissenting opinion, liberal Justice Stephen Breyer agreed with the 1st Circuit that evidence about the separate crime, a 2011 triple murder in Waltham, Massachusetts linked to Tsarnaev’s older brother Tamerlan, was improperly excluded.

Lawyers for Tsarnaev, who is 28 now and was 19 at the time of the attack, have argued that he played a secondary role in the bombing of his brother, who they called “an authority figure” with “violent Islamic extremist beliefs.” As such, the evidence about another Tamerlan crime allegedly committed would be relevant, they argued.

“This evidence may have led some jurors to conclude that Tamerlan’s influence was so pervasive that Dzhokhar did not deserve to die for any of the actions he took in connection with the bombings, even those taken outside of Tamerlan’s presence,” Breyer wrote.

“And it would have taken only one juror’s change of mind to have produced a sentence other than death, even if a severe one,” added Breyer, who in the past has questioned the death penalty’s constitutionality.

The primary source of evidence about the other murders, a man named Ibragim Todashev, was killed by an FBI agent in 2013 when he attacked officers during an interview.

The Supreme Court also found that the trial judge did not violate Tsarnaev’s right to a trial in front of an impartial jury by failing to properly screen jurors for potential bias following pervasive news coverage of the bombings.

CONVICTED ON ALL COUNTS

The Tsarnaev brothers detonated two homemade pressure-cooker bombs at the marathon’s finish line on April 15, 2013, and days later killed a police officer. Tamerlan Tsarnaev died after the gunfight with police.

Jurors convicted Dzhokhar Tsarnaev in 2015 on all 30 counts he faced and determined he deserved execution for a bomb he planted that killed Martin Richard, 8, and Chinese exchange student Lingzi Lu, 23. Restaurant manager Krystle Campbell, 29, was killed by the second bomb.

Marc Fucarile, who lost his right leg in the second blast, said the Supreme Court “did the right thing” and that the three dissenting justices “should be ashamed.” Fucarile said he has no confidence Tsarnaev’s death sentence will be carried out, especially under Biden’s administration.

“He got what he deserves,” said Fucarile, 43. “I think we need to send a message: you can not just kill innocent people and set off bombs in crowds of people.”

Mikey Borgard, who sustained hearing loss and a brain injury in the attack, attended Tsarnaev’s trial and opposes executing anyone. Borgard called the Supreme Court’s ruling “not only erroneous in its logic but shamefully lacking in its moral and ethical fiber.”

No federal inmates were executed for 17 years before Trump oversaw 13 executions in the last six months of his presidency.

Reporting by Lawrence Hurley; Additional reporting by Nate Raymond and Katharine Jackson; Editing by Will Dunham 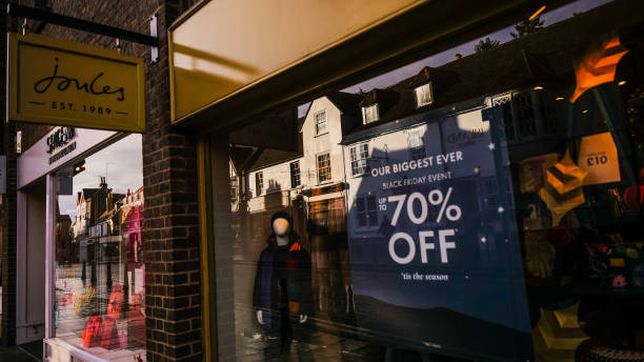 Zion National Park: Hiking trip turns fatal in Utah as woman dies and her husband is rescued with symptoms of hypothermia