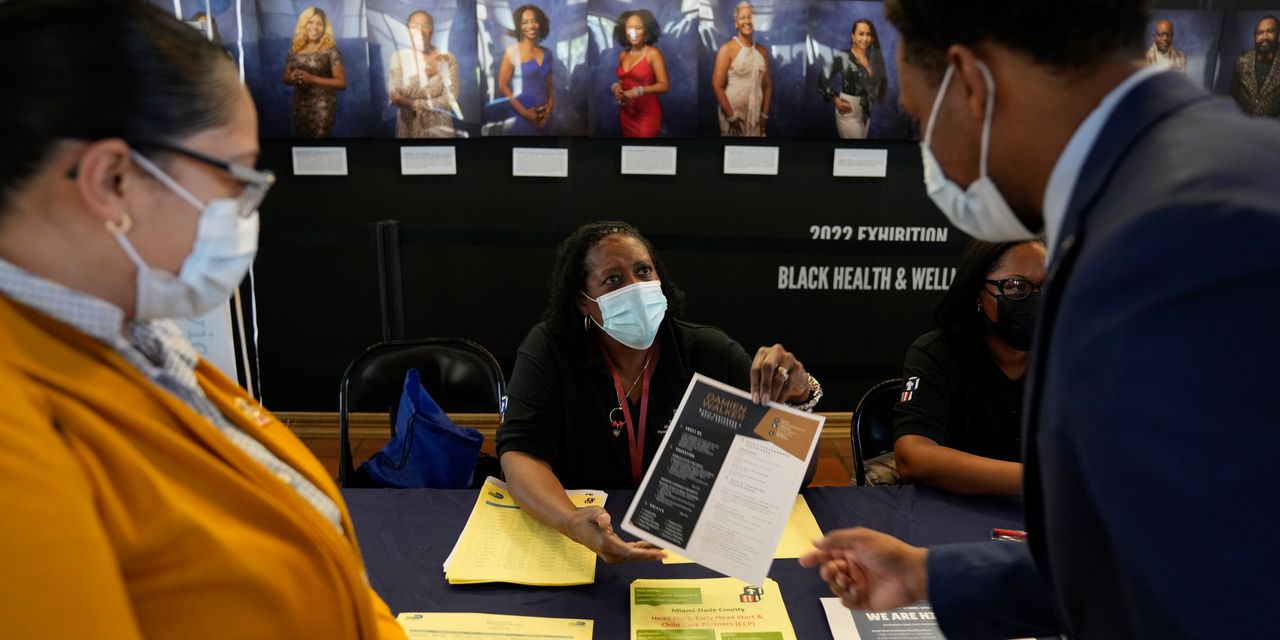 The US labor market is pivoting toward a post-pandemic world, with a steady stream of adults joining the labor force and employment approaching levels before Covid-19 began its rapid spread.

Employers added 678,000 workers to their payrolls in February, the biggest gain in seven months, the Labor Department said Friday. The jobless rate fell to 3.8% from 4.0% a month earlier, edging closer to the 50-year low of 3.5% hit just before the pandemic.

More than 300,000 people joined the workforce, and the ranks of those reporting being unable to work because of Covid-19 fell by 1.8 million. Wage growth cooled, a sign that a nationwide labor shortage might be easing as employers fill lower-wage positions that had long been dormant.

Hotels, restaurants, amusement parks and other hospitality industries led the way in hiring as firms sought to accommodate a growing number of vacationers, convention attendees and business travelers. Big states and cities in recent days have lifted some of the remaining Covid restrictions, which could further boost business and hiring.

Friday’s jobs numbers resulted from surveys of households and businesses in mid-February and thus did not show what effects, if any, Russia’s invasion last week of Ukraine has had on the economy. Big threats loom, including a sharp run-up in oil prices that could crimp household spending and ultimately nick the economic and labor market recovery, economists said.

“We are getting a preview of what the post-pandemic labor market can look like,” said Daniel Zhao, senior economist at Glassdoor. “The fundamentals of the labor market remain strong.”

The rapid drop in the jobless rate — from 6.2% a year ago and a post-World War II high of 14.7% in April 2020 — could embolden the Federal Reserve as it moves to lift interest rates for the first time since the pandemic began in March 2020, some economists said. Fed Chairman Jerome Powell told Congress this week he planned to propose a quarter percentage point increase at the Fed’s March 15-16 meeting to combat high inflation.

The first is the continuing decline in virus cases. The second is the move by some states and cities in recent days like Washington, New York, California and Hawaii to lift rules that required customers to be vaccinated and wear masks. The third is a potential decline in household savings, which could pressure people to rejoin the labor market to collect a paycheck, particularly as inflation rises and the stock market wobbles.

The US still has 2.1 million, or 1.4%, fewer jobs than in February 2020. That gap would close in a matter of months at the current pace of hiring. Since October the economy has created three million jobs.

How are you feeling about the economy? Join the conversation below.

While Covid-19 infections have fallen sharply from their January peak, the pandemic is not over. Many industries say they still struggle to find workers; job openings remain near record levels and workers continue to quit at record rates, often for better-paying jobs, leaving many firms short-staffed.

Employers like hotel operator Garn Development are desperate to fill positions, particularly those that are entry level, to accommodate strong spending by families.

Bookings across the company’s hotels in Utah and several other Western states rose roughly 60% last year from 2020 and continue to pick up this year, said Gabe Garn, operations manager of the family-owned company. Hotel managers have had to clean rooms, serve food and do other tasks normally reserved for lower-paid employees because of the labor shortage, Mr. Garn said.

More On The Employment Report

While the company has had some luck filling jobs of late, many workers quit shortly after being hired for better pay in other industries.

“Almost the second you do not get the schedule you want, you just leave and go find something else because everywhere is hiring,” Mr. Garn said. “Now when we interview, it’s almost like we’re selling ourselves versus how the employee sells themselves to us. Now you’ve got to convince them you’re worthy of them versus the opposite. ”

The hospitality industry — among the hardest-hit sectors during the pandemic because of the sharp drop in travel — accounted for 1 in 4 new jobs across the US in February. But the gains were broad-based, covering office jobs, construction, healthcare and other sectors. The Labor Department also revised up the prior two months’ job growth.

Strong demand for hiring in such industries appears to be benefiting groups that typically have higher levels of unemployment. The unemployment rate for workers with no high-school diploma fell to 4.3% last month, the lowest on records dating to 1992. The jobless rate for Black workers fell 0.3 percentage point to 6.6%, though the rate remained twice as high as white workers . The jobless rate for Hispanic workers fell half a percentage point to 4.4%.

The decline in unemployment came from people who had been unemployed for a short amount of time. The number of people jobless for less than five weeks fell by 286,000, while those unemployed for six months or more held steady.

Several shifts appear to be helping the industry and other service providers fill jobs.

Higher wages are likely enticing workers back into the labor force, particularly as the cost of living rises and household savings — while still at a historically high level after stimulus checks and unemployment insurance from the federal government last year — falls.

The average hourly pay of private-sector workers grew just a penny last month from January, after five consecutive months in which it had grown at least a dime. Average wages fell last month for manufacturing, education and health and hospitality workers. Still, overall, workers earned 5.1% more in February than they did a year earlier.

The labor-force participation rate — the share of people employed or looking for work — rose to 62.3% from 62.2%. But it remained 1.1 percentage points below its pre-pandemic level. Some economists have doubts about whether the rate will fully recover. Many older workers retired early during the pandemic, and immigration is down sharply.

The labor market could be approaching — or perhaps is at or beyond — the level of employment that can persist without stoking stronger inflation. That poses a dilemma for the Fed. With inflation at 7.5% in February — far above the central bank’s target of 2% —the Fed plans to raise interest rates multiple times this year to prevent the economy from overheating. But policy makers want to do so at a modest enough pace that would enable job growth to continue.

The Fed in December projected that unemployment in the long run will settle at 4%.

Stephen Stanley, chief economist at Amherst Pierpont, said drawing more workers off the sidelines might be difficult. The share of adults 25 to 54 years old with a job is only a percentage point lower than it was in February 2020. He estimates there are roughly one million workers in that age group who are on the sidelines. “The notion that there are millions of sidelined workers waiting to re-enter the job hunt soon is probably not right,” he said in a note to clients. “The labor market is overheating almost entirely because of excessively strong demand, a situation that is unlikely to reverse for quite some time.”

Write to Josh Mitchell at joshua.mitchell@wsj.com 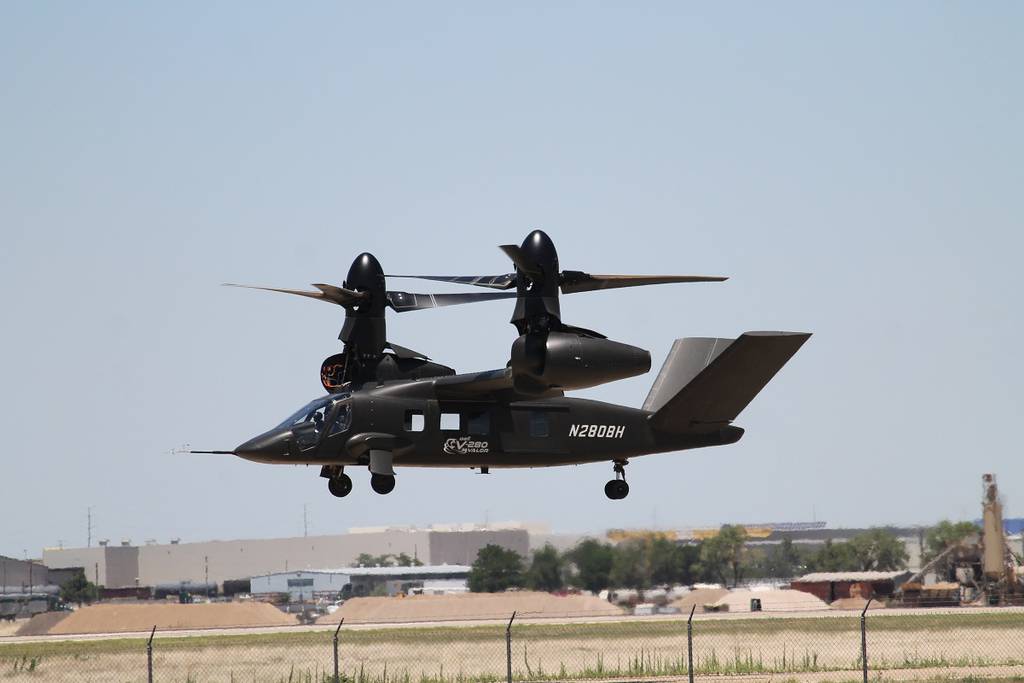 Ford CEO says 65% of US dealers agree to sell EVs