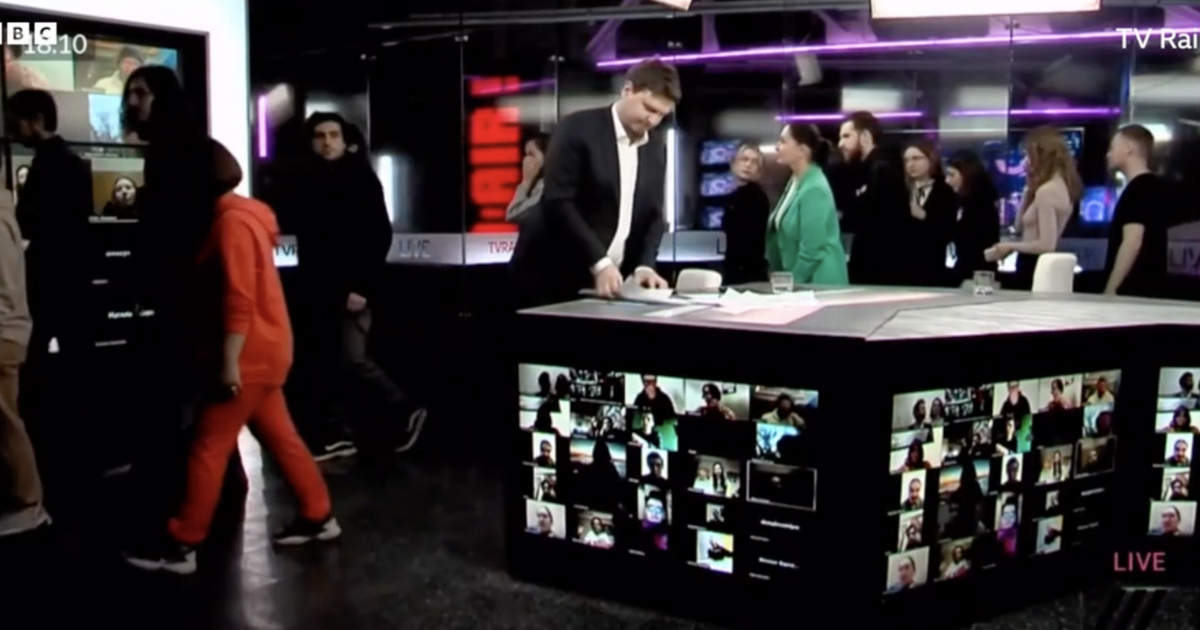 A news channel in Russia ended its final broadcast Thursday with staff walking off set. The channel, known as Dozhd – or TV Rain – is halting work after its website was blocked amid Russia’s invasion of Ukraine.

“We need strength to … understand how we can work from here,” the channel’s founder and CEO Natalya Sindeeva said in a statement, according to Reuters. “We really hope that we will return to broadcasting and continue our work.” The statement was also posted on Twitter, in Russian. The company’s website is down.

Russia’s telecommunications regulator claimed TV Rain was “inciting extremism, abusing Russian citizens, causing mass disruption of public calm and safety, and encouraging protests,” according to BBC News, which shared videos of staff walking away from the anchor desk at the end of Thursday’s broadcast.

The video was also widely shared on social media. The channel’s founder, journalist Mikhail Zygar, had earlier posted an open letter signed by more than a dozen journalists and artists critical of the war and calling for its end.

TV Rain is not the only broadcast to shut down in the face of Russian government actions to suppress coverage of the country’s invasion of Ukraine.

In addition to blocking the Rain website, the prosecutor general’s office also blocked the site for radio station Ekho Moskvy, Reuters reports. The station decided to shut down shortly after.

“The Ekho Moskvy board of directors has decided by a majority of votes to liquidate the radio channel and the website of Ekho Moskvy,” Editor-in-Chief Alexei Venediktov wrote on messaging app Telegram. The station was one of Russia’s last liberal media outlets.

On Friday, Russia’s parliament passed a law stating that those who spread intentionally “fake” news about the military will face 15 years in jail.

Russian officials have made unsubstantiated claims that the US and its allies spread misinformation about Russia, according to Reuters. The country’s communication watchdog has already cut access to news outlets like BBC, falsely alleging they spread false information.

The BBC, however, said in a statement that more Russians than ever were turning to them for information, with bbc.com seeing Russian visitors up 252% to 423,000 last week.

“It’s often said truth is the first casualty of war,” said BBC Director-General Tim Davie. “In a conflict where disinformation and propaganda is rife, there is a clear need for factual and independent news people can trust – and in a significant development, millions more Russians are turning to the BBC.”

“We will continue giving the Russian people access to the truth, however we can,” Davie said.

In a statement to CBS News, a BBC spokesperson said: “Access to accurate, independent information is a fundamental human right which should not be denied to the people of Russia, millions of whom rely on BBC News every week. We will continue our efforts to make BBC News available in Russia, and across the rest of the world. “

Caitlin O’Kane is a digital content producer covering trending stories for CBS News and its good news brand, The Uplift.