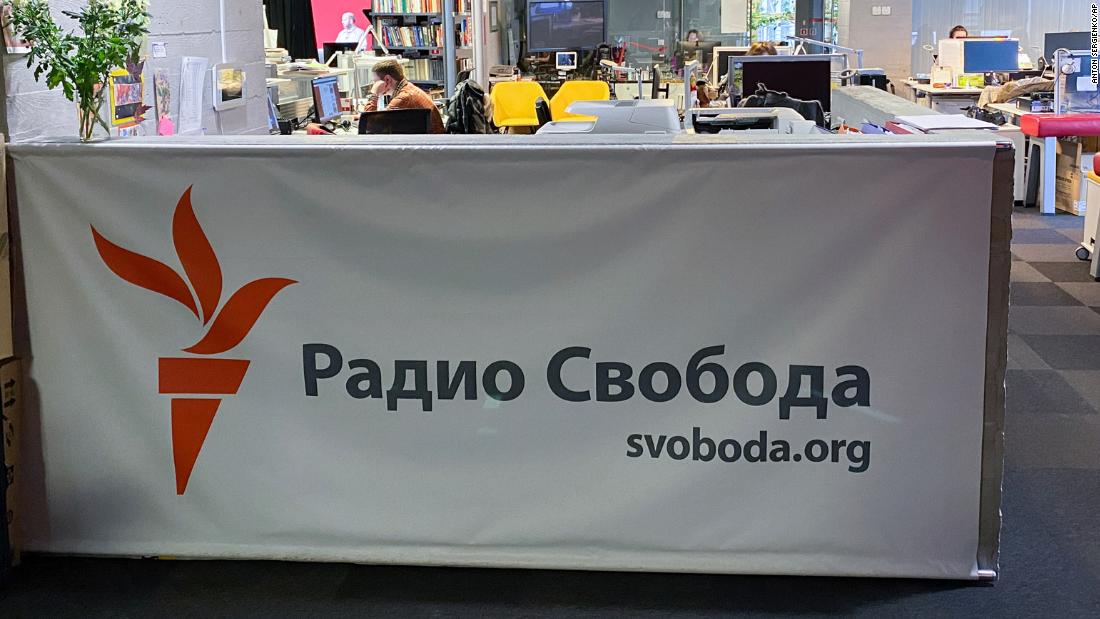 Russian authorities have restricted access to news publications including BBC Russia, Radio Liberty and Latvia-based Meduza, RIA Novosti reported on Friday. The media outlets have been added to a list of publications “containing appeals for mass riots, extremism, and participation in illegal mass rallies,” according to the state news agency.

The move is part of a major media crackdown following Russia’s invasion of Ukraine. On Friday, lawmakers approved a law criminalizing the spread of “fake” information that discredits the Russian armed forces or calls for sanctions against the country, state media agencies reported. Lawbreakers face fines of up to 1.5 million rubles ($ 13,877).

The crackdown has forced some outlets to shut up shop and their journalists to leave the country.

Znak.com on Friday became the latest publication to announce it was closing down, citing the “large number of restrictions that have recently appeared” in a statement on its Telegram account. Also on Friday, Russian independent paper Novaya Gazeta said that it is removing articles on the war in Ukraine, saying that new Russian censorship efforts necessitated removing those materials. Novaya Gazeta is a highly respected investigative paper. Its editor, Dmitry Muratov, was awarded the Nobel Peace Prize jointly with Maria Ressa last year.

On Thursday, Moscow-based Radio Echo said it had shuttered its radio channel and website.

Independent Russian news outlet TV Rain, also known as Dozhd, aired its last broadcast on Thursday. It was forced to shut down because of the Russian government’s crackdown on local media outlets over their coverage of the war in Ukraine.

The station had already been forced off the air, but in a YouTube broadcast, staff signed off saying “no to war,” before walking off the station’s set.

The network then broadcast Tchaikovsky’s ballet Swan Lake, a nod to the 1991 coup attempt against the government of then Soviet leader Mikhail Gorbachev. As the coup was happening, the ballet played repeatedly on television, an indication to viewers that something was wrong.

“After the blocking of Dozhd’s website, Dozhd’s social media accounts, and the threat against some employees, it is obvious that the personal safety of some of us is at risk,” editor Tikhon Dzyadko said in a Telegram message. Dzyadko and other staffers have left the country.

Russians hungry for more information about the war have been turning to foreign media. On Wednesday, the BBC said that weekly visits to its Russian-language website had more than tripled to 10.7 million. Traffic from Russia to the BBC’s English-language site had soared 252%.

“Access to accurate, independent information is a fundamental human right which should not be denied to the people of Russia, millions of whom rely on BBC News every week,” the BBC press office tweeted on Friday after Russian authorities restricted access to its website.

The Kremlin has also tried to control the narrative on the invasion on social media. Netblocks, an internet-monitoring group, said last week that restrictions on Twitter and Facebook had rendered both services “largely unusable” in Russia.

The watchdog also said in a tweet on Friday that foreign news services BBC News and Deutsche Welle had become “partially or entirely unavailable on multiple internet providers.”