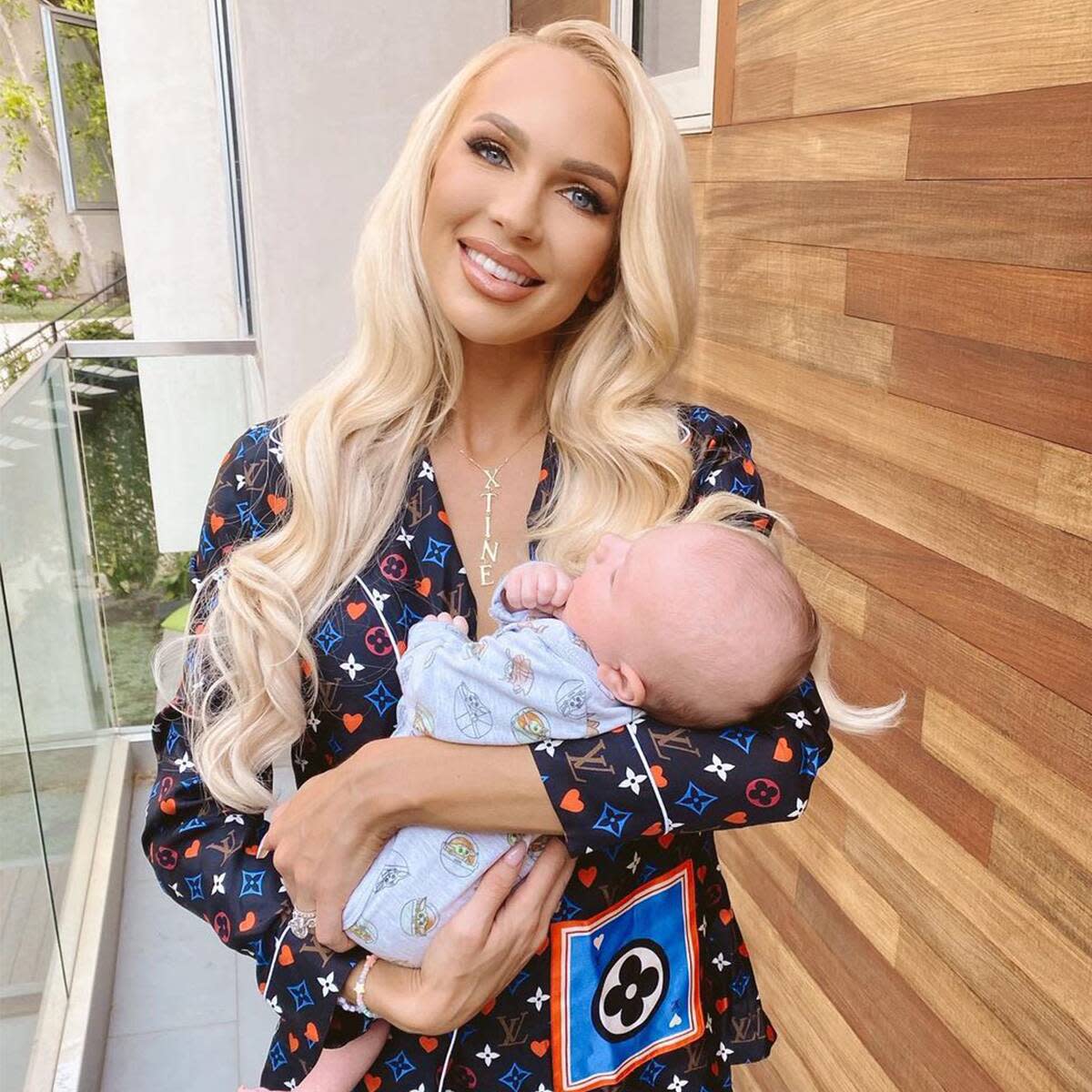 The Sell ​​sunset star, who documented her pregnancy and life as a new mom on the fourth season of the hit Netflix show, criticized people for spreading rumors and questioning her maternity journey.

On Saturday, November 27 on Instagram Stories, Christine shared a screenshot of a private message she received from an unidentified user, in which the person accused her of faking her pregnancy. Although the broker has since deleted her message, We Weekly captured before it was removed.

“Why did you pretend you were pregnant? It’s totally okay to admit you have a surrogate, but don’t set unrealistic expectations for PP moms if you haven’t even carried the baby yourself,” the Instagram user told Christine have told. “It is deceptive and a disgrace.”

However, the 33-year-old Netflix star quickly shut down the accusation, replying: “You are all fucking sick.”

Later she took to Twitter, to post“For anyone still mad at the pregnancy gate, please go check out my ig stories. And apologize. This is seriously so hurtful.”

“You can post a picture of the birth and these conspiracy people still won’t believe you. A little sick,” commented one follower, to which Christine replied: “Hahq [sic] so true dear.”

The reality TV personality’s representative confirmed to E! News in May that she welcomed her first child named a boy Christian Georges Dumontet, with her husband Christian Richard.

The news of her son’s arrival, requiring Christine to have an emergency C-section, came just days after she attended the 2021 MTV Movie & TV Awards Unscripted.

“Baby C is more precious than I could have ever imagined. Nine months seems like a lifetime to wait to meet someone,” she said. People at the time. “It is the most incredible feeling to know that you have created life. My protective mother bear mentality is stronger than ever. My only job is to protect him, love him and raise him.”

Two months after welcoming her little one, Christine opened up about her “extremely dramatic” childbirth experience.

“Reliving the trauma on Sell ​​sunset about my birth experience, was one of the hardest things I’ve ever done; let alone get these very raw, personal moments of my life captured on camera,” she wrote in July. “I’m not often publicly vulnerable, because I feel a responsibility to put on a brave face, despite that at the time I still felt hopeless, terrified and traumatized to this day. Both myself and baby Christian are lucky to be alive.”

Christine also went into detail about the day her son arrived, explaining: “After my water broke on the day I was filming, I was rushed to the hospital already 9cm dilated. Hyperventilating from the excruciating pain , I was immediately rushed in for an emergency C-section crash due to both of our heartbeats plummeting immediately.”

“Baby’s umbilical cord was wrapped around his neck,” she continued. “Baby C was seconds away from failing. The surgeons didn’t even have time to count their tools before they stitched me up while I was flatlining. They walked me through the X-ray machine immediately after surgery to make sure that there was nothing left of tools in my body. I am so thankful for the doctors and surgeons who saved BOTH of us.”

She added, “I thank God every day for my blessings and my miracle baby.”

Behind the scenes drama? What am I watching next? Click here to get all TV firsts straight to your inbox.