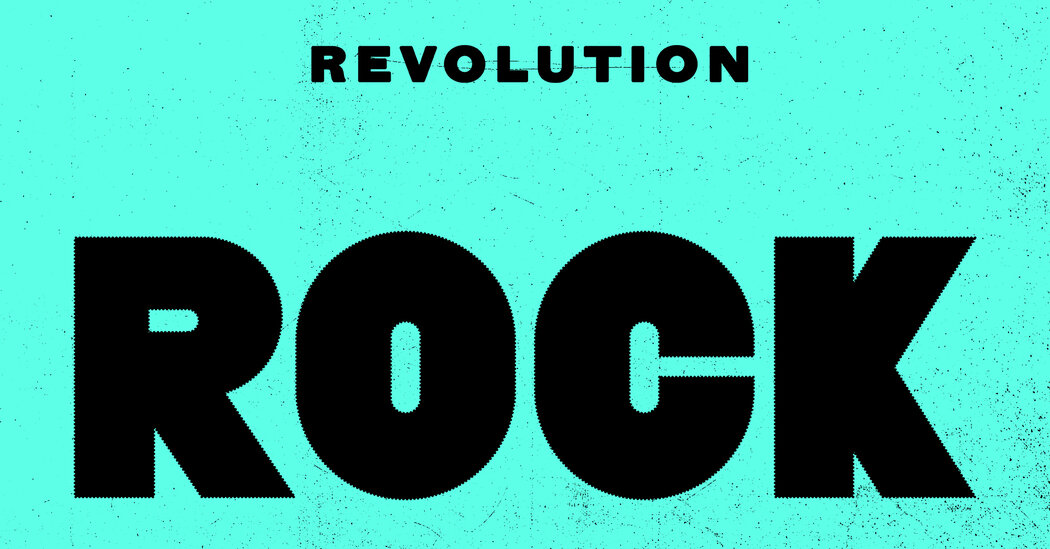 No one ever called my high school punk rock group “the only band that matters.” That was the collision. We were the ones playing songs like “She Eats Razors” and “Beat Me, Whip Me, Make Me Feel Cheap.”

Dave Vogel introduced me to the Clash when he brought a copy of “London Calling” to the office of the high school newspaper where I worked. I was struck by the cover – Paul Simonon from the band smashing his bass on stage. badass. I borrowed the album and recorded it on a cassette. That low-grade Dolby suffering tape burned its way through my head, heart and soul. The Sex Pistols made me notice punk rock. The Clash, made punk rock streetwise but political, raw but musically refined, personal in spirit and yet global reach. It quickly became my favorite band.

A week after listening to London Calling, I wrote my first political song, “Salvador Death Squad Blues,” a riveting commentary on the Reagan administration’s atrocities in Central America.

The Clash’s 1982 concert at Chicago’s Aragon Ballroom started to change my life even before they played the first note. I bought a T-shirt in the lobby, but instead of the usual wizards and dragons on the heavy metal shirts I was used to, the Clash shirt had a single sentence in the heart – ‘the future is unwritten’.

When I saw them play, I knew exactly what that meant. The Clash performed with passion, purpose and unwavering political fire. They identified themselves as a gang of the people, as humanist socialists. You can hear their unwavering intent in “Know your rights” “English Civil War” “Straight to hell” and “Career opportunities.” There was such a sense of community in the theater that it seemed like anything was possible. I was energetic, politicized, changed that night. Yes, the future was unwritten, and we fans and that band could write it together.

At the center of the Clash Hurricane stood one of the greatest hearts and deepest souls of 20th century music, the band’s rhythm guitarist and vocalist, Joe Strummer. In the Aragon, Joe played through the same little amp I had in high school. That proved to me that you didn’t need walls of Marshall stacks to make great music. All you had to do was tell the truth, and really, really mean it.

When I first went on tour, Clash tapes and bootlegs were the most important part of my on-the-road music collection. They were an inspiration and comfort during those long, freezing cold European bus rides.

When listening to even crappy bootleg tapes, you could hear Topper Headon’s unparalleled drumming effortlessly sending the band into genre-fluid realms that no other punk band can handle. You could feel the cool rumbling reggae rhythms of Simonon’s bass demanding justice from Kingston to Brixton. Mick Jones, the McCartney of Strummer’s Lennon, shone as a brilliant arranger and tunesmith, always looking ahead musically and pushing the boundaries of what was possible for a punk band, or any band for that matter. And you could always tell from Joe Strummer’s raw, passionate voice that he truly believed the world could be changed with a three-minute song. He wasn’t there for ego or rockstar glory. He toyed with the determination to change the damn world.

The band would have numerous gatherings where they would discuss their lives, their opinions, their political views, what they meant to each other and what was important for them to say in their songs. You could feel that dedication in every note of their music. And as Joe says towards the end of the great Clash documentary ‘Westway to the World’, a band’s chemistry is everything. He gives a tearful speech complaining about the eventual firing of Headon and then of Jones. There’s a potential in that classic Clash lineup that reminds us that there are bands that people like, some bands that people love, and then there are some bands that people really *believe* in. The Clash was certainly one of them.

When I was on Rage Against the Machine, Audioslave and as Nightwatchman, journalists mockingly asked me, “What the hell is someone doing with your politics on a big label like Epic Records?” While I would normally answer with flowery sermons about spreading an important message around the world, I could have answered with two words: the Clash. I wasn’t a cool kid digging through record crates in hip indie stores in Chicago. The reason I heard them was because Dave Vogel bought the release from Epic Records”Calling in Londonin Musicland at the Hawthorn Mall in tiny Vernon Hills, Illinois. I didn’t find The Clash, The Clash found me. The Clash chose a path that was not elitist, a path that was critical to spreading their message, a path that was critical to getting it to me.

The Clash’s influence, and its ability to turn the personal into the political, and vice versa, echoes throughout my career in songs, from The Nightwatchman’s “Black Spartacus heart attack machine,” until “Maria Celeste, “from my The Catastrophists EP to “save our souls” from my latest album. If any of the songs I’ve been involved in have been able to encourage or politicize anyone in the same way the Clash struck me, then the decision to sign with Epic would have been well worth it.

I had the chance to play with Strummer during his Johnny Cash collaboration,”redemption song”, and on his song “It’s a rocking world.” I have never been more nervous in my life than when I was introduced to him. Very little was recorded, but many stories of quickly ingested bottles of red wine did. I took the opportunity when Joe went into court to pick up and strum his famous Telecaster with the “Ignore Alien Orders” sticker on it. That guitar launched a thousand bands and was the reason I play a Telecaster on songs like “night guard.” It was sublime to hold that historic guitar on which Joe had written and performed my favorite songs over the years.

The last time I saw Joe was when he and his band were playing the Mescaleros at the Troubadour, about a year before he died. He played with all the passion and intensity he had in the heyday of the Clash. He was an indispensable artist until the very end.

His idealism and conviction gave me the courage to try to make a difference with a guitar.

Or do you take orders?

Are you going backwards,

Or are you moving forward?

I’ve answered those four questions for myself every day since I first heard them.

To me they are still “the only band that matters”.

Previous essays in this series can be found here.